Trump: What exactly will the new president do? 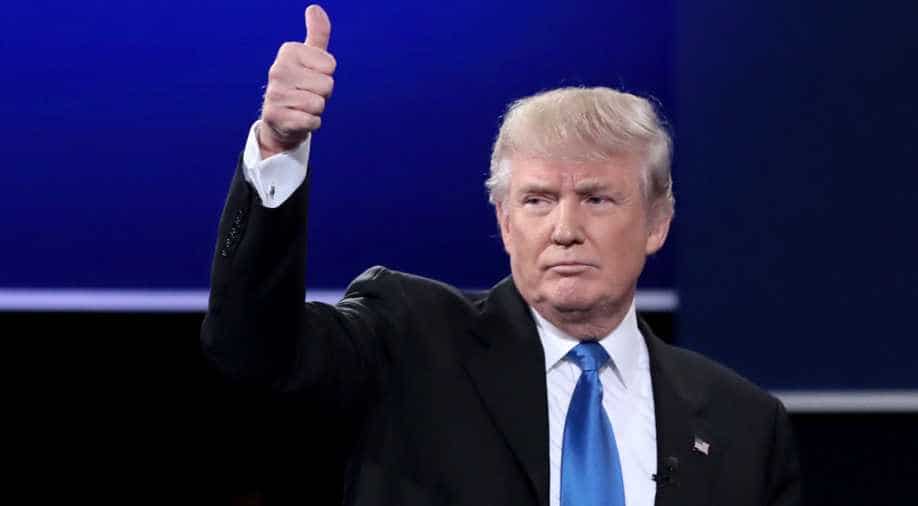 Trump's presidency will probably be much more sceptical of free trade, he has made noises about reauthorising the use of torture -- to much disconcertment -- has called global warming a 'hoax', and Syrian refugees may no longer find refuge in the US. Photograph:( Getty )

Build a wall, make nice with Moscow, tear up free trade deals and force Washington's allies to pay more for their own security. OK, and then what?

Beyond a few broad isolationist and protectionist strokes, President-elect Donald Trump has not painted a detailed picture of his foreign policy.

Now, with just ten weeks until he takes command of the world's sole superpower, Washington's friends and foes are seeking clues to his agenda.

And if it seems vague, perhaps that's intentional. In speech after campaign speech, Trump insisted on the virtue of "the element of surprise".

In January, Trump was asked whether as president he would bomb Iran's nuclear sites instead of relying on a negotiated deal to keep them mothballed.

"I want to be unpredictable," Trump said, insisting that US voters' would support, as they eventually did, his shoot-from-the-hip style.

In the closing stages of his presidential campaign, Trump repeatedly mocked the ongoing US-backed Iraqi campaign to liberate the city of Mosul.

Why had President Barack Obama's generals flagged up the siege four months in advance, giving the Islamic State group warning on the assault?

"What a group of losers we have," he said on Saturday, as Iraqi and Kurdish forces backed by US advisers and air power closed in on the city.

"We need different thinking in this country, folks. They should have kept their mouths shut."

Generals might argue that building a coalition while preparing supply lines and refugee reception areas could not have been carried out in the dark.

But Trump is adamant, citing his experience negotiating property deals and luxury branding, that being unpredictable can be a plus.

This time last year, his prescription for the Islamic States was simple: "I would bomb the shit out of them. I'd just bomb those suckers."

But he is not a neoconservative, with grand plans to remake the world in America's image through military adventurism and coercive diplomacy.

Despite evidence that he supported it at the time, Trump insists that former president George W Bush's invasion of Iraq was a terrible mistake.

He has touted a form of great power politics, "making deals" with US rivals to unite against threats like "radical Islamic extremism."

Allies like Japan, South Korea, Saudi Arabia and European NATO members will have to pay their way, however, Trump has no time for free riders.

Trump's presidency will apparently be much more skeptical of free trade, believing export powers like China are stealing American jobs and capital.

He has threatened to tear up existing deals like the North American Free Trade Area, forcing Mexico to pay export tariffs to pay for his border wall.

He would drive a hard bargain in talks on trans-Atlantic and trans-Pacific trade deals, and take China to task for alleged currency manipulation.

Trump has also made noises about reauthorising US agents to use torture that have spread concern among allies and intelligence leaders themselves.

Last year, the United States and around 180 countries signed a landmark deal to slow climate change, an idea Trump has dubbed "a hoax."

Iran has expressed concern that he would try to make good on a threat to rip up the nuclear agreement it signed last year with six world powers.

And Syrian refugees may no longer find safe haven in the United States, Trump having deemed them too great a risk of extremist violence.

In short, almost all of Nobel peace laureate Obama's foreign policy legacy is at risk, even his successful effort to normalize ties with communist Cuba.

But, once in the White House and advised by the National Security Council, State Department and US Trade Representative will Trump follow through?