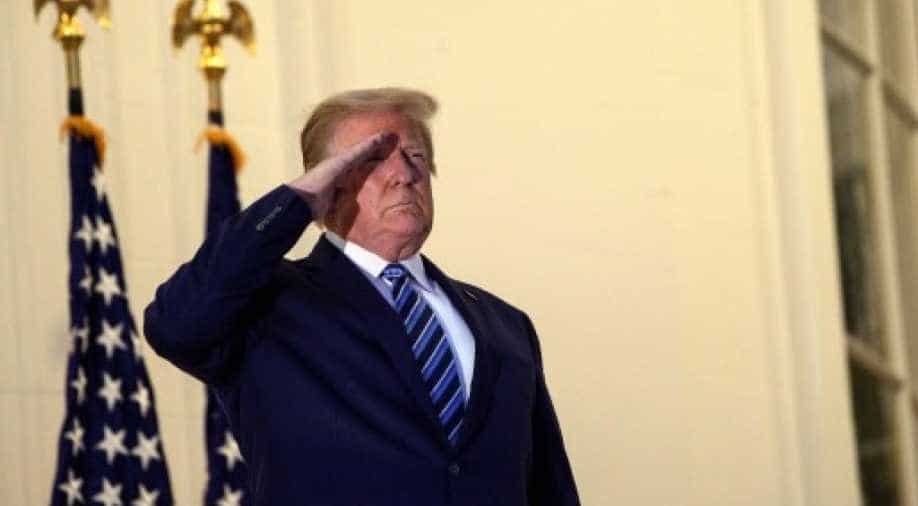 Donald Trump has been strongly criticised for downplaying the novel coronavirus which has taken nearly 200,000 lives in the US

After testing positive for the novel coronavirus, the US President Donald Trump was admitted to the Walter Reed Medical Centre as his health reportedly became 'concerning'.

While the whole country is struggling to contain the spread of the virus — with Trump's infection creating more chaos — White House economic advisor Larry Kudlow said during an interview that Trump had visited the Oval office the day after returning from the Walter Reed Medical Centre.

The revelation was made during an interview with a local network when Kudlow was trying to convince Americans that the government is still functioning.

"The president actually showed up in the Oval Office yesterday with extra precautions, with respect to his COVID-19," Kudlow said.

Also read| US election 2020: Biden says next presidential debate should be called off

Donald Trump has been strongly criticised for downplaying the novel coronavirus which has taken nearly 200,000 lives in the US.

Meanwhile, Trump claims to be "doing great" after returning to the White House. The First Lady had also tested positive and remain in stable condition, as per the White House team. However, she has not been spotted since the news broke out.