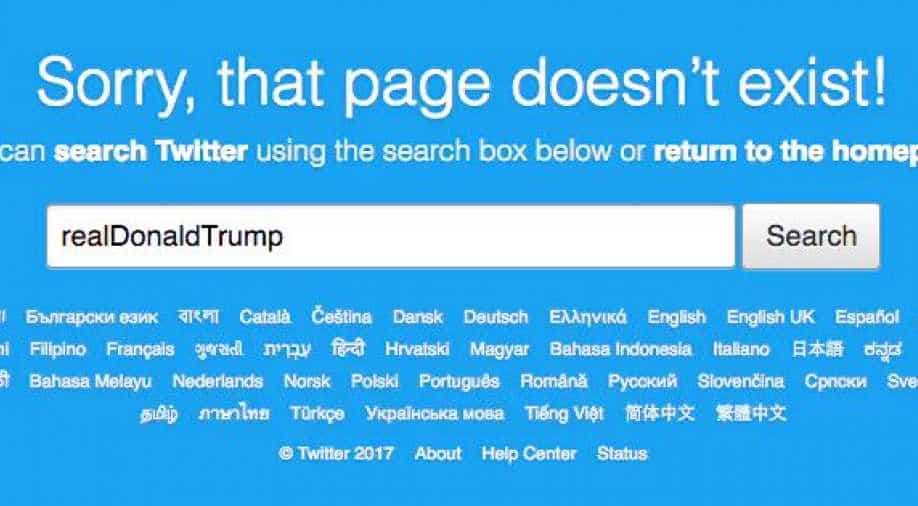 Visitors to @realDonaldTrump around 2300 GMT Thursday were greeted with the message "Sorry, that page doesn't exist!"

Given the US president's frequent use of the platform, it was speculated that Twitter had deliberately disabled Trump's account.

Earlier today @realdonaldtrump’s account was inadvertently deactivated due to human error by a Twitter employee. The account was down for 11 minutes, and has since been restored. We are continuing to investigate and are taking steps to prevent this from happening again.

It later said a departing worker was to blame.

Through our investigation we have learned that this was done by a Twitter customer support employee who did this on the employee’s last day. We are conducting a full internal review. https://t.co/mlarOgiaRF

That a customer support employee had disabled Trump's account on his last day at work.

And that they were "conducting a full internal review".

The Twitterati have in the past accused Trump of violating the platform's guidelines -- by issuing a clear threat of violence.

Trump had at one time threatened that North Korea “won’t be around much longer” if the country’s leadership allowed hostile rhetoric against the United States to continue.

The North Korean government called it a declaration of war.

This time of course Twitter was able to see the humour in the temporary disabling:

Twitter HQ when they found out Donald Trump got deactivated for 11 minutes. pic.twitter.com/dqu79C3x6Q