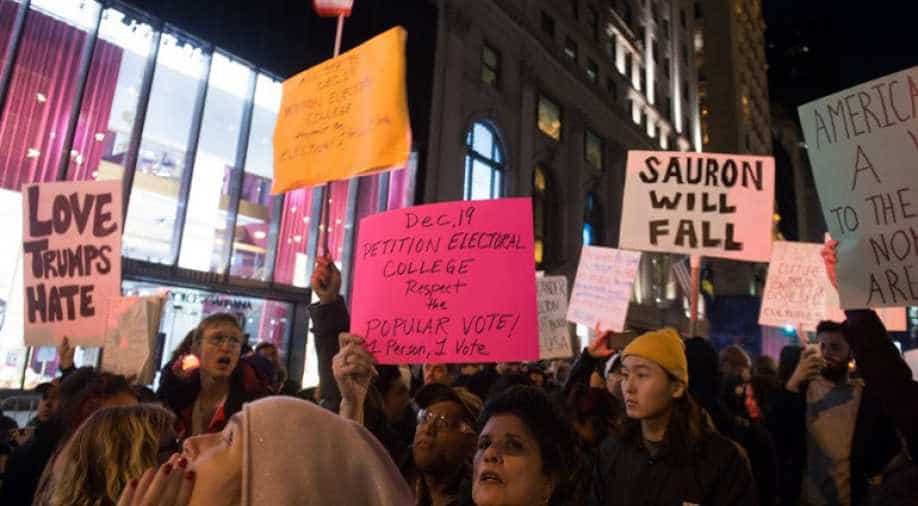 The comments were made in an interview with CBS's 60 Minutes. But Trump also reassured loyalists with pro-gun and anti-abortion views, saying judges nominated to the Supreme Court would hold similar views. Photograph:( AFP )

In an interview with CBS's 60 Minutes, US President-elect Donald Trump said he was "saddened" by reports of a surge in the the harassment of minorities since his election and told his supporters to "stop it".

"If it helps. I will say this, and I will say right to the cameras: Stop it," he said.

But he did also criticise the protests, saying he had seen only "a very small amount" of racial slurs aimed at minorities.

"I'm going to bring this country together," he added.

The interview was his first since being elected President.

When asked if he would try and revoke same-sex marriage, Trump said, "It's law. It was settled in the Supreme Court. I mean it's done."

Trump told Americans protesting against him not to be afraid of his presidency.

"Don't be afraid. We are going to bring our country back," he said.

At the same time he reassured loyalists with pro-gun and anti-abortion views, saying judges nominated to the Supreme Court under his watch would hold similar views.

And finally, he said he would adhere to his promise made during campaigning that he would not take the $400,000 the US President earns.