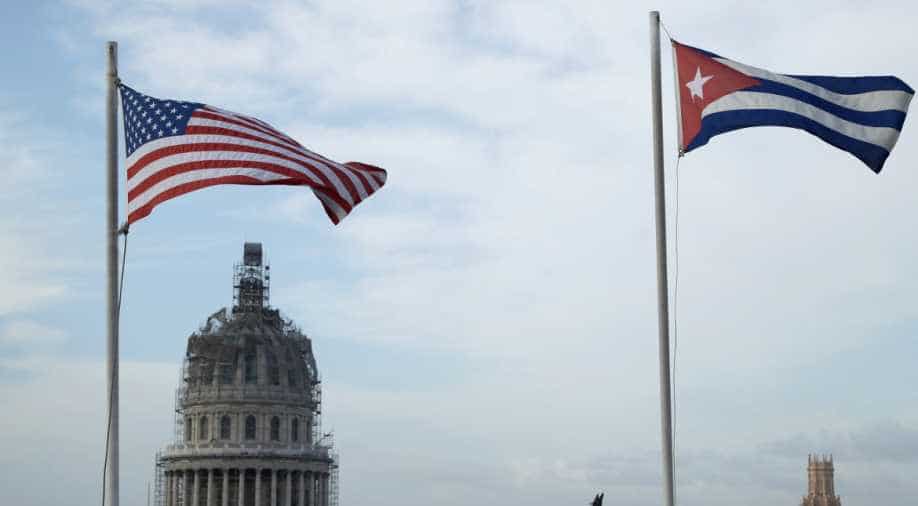 Republicans have long condemned the arrangement for giving up too much to the communist-ruled country without significant gains in return. Photograph:( Getty )

US President-elect Donald Trump has threatened to terminate the deal with Cuba if Havana did not respond with a better offer, a move that would upend the historic rapprochement engineered under his predecessor Barack Obama..

"If Cuba is unwilling to make a better deal for the Cuban people, the Cuban/American people and the US as a whole, I will terminate deal," Trump said on Twitter.

If Cuba is unwilling to make a better deal for the Cuban people, the Cuban/American people and the U.S. as a whole, I will terminate deal.

His senior advisors had vowed to strike a "better deal" with the island country after former leader Fidel Castro's death on Friday. Republicans have long condemned the arrangement for giving up too much to the communist-ruled country without significant gains in return.

To the White House's likely dismay, Castro's death has pressed Trump to respond to an issue that almost certainly would have remained further down on his agenda, AFP said.

Prominent Republicans have blasted Castro as a murderous tyrant since his death. Trump himself called Castro a "brutal dictator."

There was, however, no direct threat to the political alliance announced by Obama and Raul Castro in 2014 until Trump's tweet on Monday.

But no one close to Trump had directly threatened to end the political opening announced  by Obama and his Cuban counterpart Raul Castro -- until Trump's Monday morning tweet.

Communications director Jason Miller told reporters on a call that Trump is "aware of the nuances and complexities" of the challenges faced by Cuba's people, and that he will address the issue "once he becomes president," reported AFP.

"To be clear, the president-elect wants to see freedom in Cuba for the Cubans, and a good deal for Americans where we aren't played for fools," Miller added. "Our priorities are the release of political prisoners, return of fugitives from American law, and also political and religious freedoms for all Cubans living in oppression."

Trump changed his stance on Cuba several times during his presidential campaign. First, he supported the opening of diplomatic ties between the countries. But he pledged before elections to reverse Obama's "one-sided" deal that he said benefitted the other side.

"All of the concessions that Barack Obama has granted the Castro regime were done through executive order, which means the next president can reverse them, and that I will do unless the Castro regime meets our demands." Trump said in September, reported AFP.

"We've got to have a better deal," Trump's chief of staff, Reince Priebus, said on Fox News Sunday.

Trumps team has criticised the concessions they said that were made to Havana, significantly the easing of the 1962 US economic embargo.

"Though the tragedies, deaths and pain caused by Fidel Castro cannot be erased, our administration will do all it can to ensure the Cuban people can finally begin their journey toward prosperity and liberty," Trump said after Castro's death.

Just weeks before the presidential election, Obama in October had aimed to make the normalisation policy with Cuba "irreversible" by announcing a directive and unveiling a new round of loosened trade and travel rules.

Senior officials at the time had said that the changes could be reversed when the new administration took office.