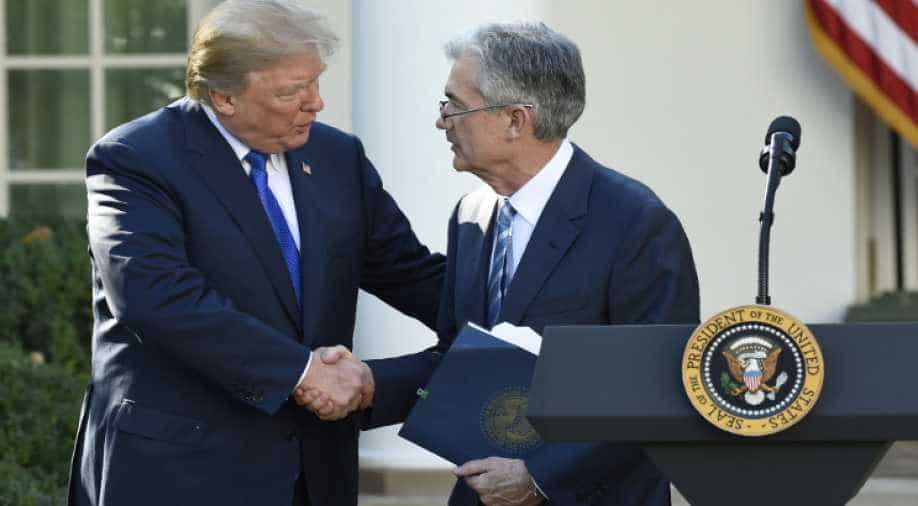 The president's decision to replace the sitting Fed chair is something no first-term US president had done in 40 years.

President Donald Trump has nominated Federal Reserve Governor Jerome "Jay" Powell to lead the US central bank, saying the former investment banker has the wisdom and intelligence to guide the world's largest economy.

Trump decided not to reappoint current Fed Chair Janet Yellen, the first woman to oversee monetary policy, despite praising her excellent management of the US economy over the past four years.

"He is strong. He's committed. He's smart," Trump said of Powell yesterday during the ceremony in the White House Rose Garden. "He has proven to be a consensus builder."

"Based on his record I am confident that Jay has the wisdom and leadership to guide our economy through any challenges that our great economy may face."

Analysts say choosing Powell allows Trump to put his own imprimatur on the central bank with a minimum of disruption.

The president's decision to replace the sitting Fed chair is something no first-term US president had done in 40 years.

He has made it clear he has no problem upsetting tradition, and specifically cited his desire to leave his mark on the Fed during the very public search process. Still, in choosing the 64-year-old Powell, a Republican, Trump took a less radical course.

Powell has echoed the administration's views in favour of bank deregulation but has supported the Yellen Fed's very gradual interest rate increases.

Powell is the latest in a string of former investment bankers Trump has tapped for high-profile posts.

He will require Senate confirmation, but he already went through that process when he became a member of the Fed's board of governors.

Trump noted that his Fed pick has "a unique background of prior government service and business experience."

"As a result he understands what it takes for our economy to grow," Trump said.

Powell has a declared personal fortune ranging between about USD 20 million and USD 55 million after nearly a decade at the Washington-based private equity firm Carlyle Group, where fellow Fed Governor Randal Quarles once worked as well.

In another break with tradition, Powell is not a trained economist. Even so Terry Sheehan of Oxford Economics said he has received a working education and is "well qualified" to serve as Fed chair.
But she warned he may have to defend the Fed's independence "in a hostile political environment."

In accepting the nomination, Powell said he would ensure the Fed "remains vigilant and prepared to respond to changes in markets and evolving risks," but he also cited the independence of the Fed in setting monetary policy.

Trump and Powell offered extensive praise for Yellen, who they said demonstrated judicious economic stewardship during the current recovery.

Yellen congratulated Powell on his nomination and said she would work to ensure a "smooth transition" in February.