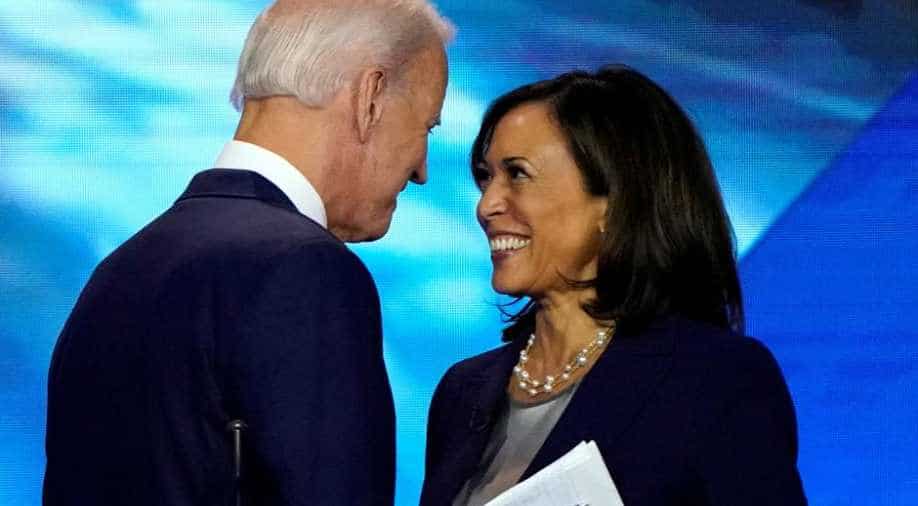 Trump said he had heard that Democratic vice-presidential candidate Senator Kamala Harris does not meet the requirements to serve the White House.

In his campaign tirade against presumptive opponent Joe Biden, the incumbent US president, Donald Trump, has amplified a fringe legal theory critics decry as racist.

Trump said he had heard that Democratic vice-presidential candidate Senator Kamala Harris does not meet the requirements to serve the White House.

Former US President Barack Obama was also hit by a birther movement, where his opponents questioned about the origin of his birth.

Born to a Jamaican father and an Indian mother, 55-year-old California senator, Harris, was named by Joe Biden as his vice-presidential running mate on Tuesday.

The conspiracy theory about Harris started following a Newsweek Op-Ed by Dr John Eastman, who ran in the Republican primary to be California's attorney general in 2010. Eastman, who lost the race to Harris, a Democrat, said that there are some questions about the eligibility for the position. The theory was also circulated on social media.

"I just heard that. I heard it today that she doesn't meet the requirements and by the way the lawyer that wrote that piece is a very highly qualified very talented lawyer. I have no idea if that's right," Trump said in response to a question during a press conference at the White House.

Trump did not give his opinion on it but acknowledged that he has heard about such claims circulating on social media that Harris is not eligible to be the president of the United States.

Harris was born on October 20, 1964, at Oakland in California. Her mother Shyamala Gopalan migrated to the US from Tamil Nadu in India, while her father, Donald J Harris, moved to the US from Jamaica.

If elected in the November presidential elections, Harris would be second in line of succession after Biden, who is the Democratic party's presidential nominee.

As per the Constitution, the president needs to be born in the United States.

Harris is the first black, and first Indian-American and African-American to be selected for this second highest elected office in the country.

Trump said, "I would have assumed the Democrats would have check that out before she gets chosen to run for vice president but that's a very serious -- you are saying that they are saying that she doesn't qualify because she wasn't born in this country."

"I just heard about it. I will take a look," Trump said responding to another question.