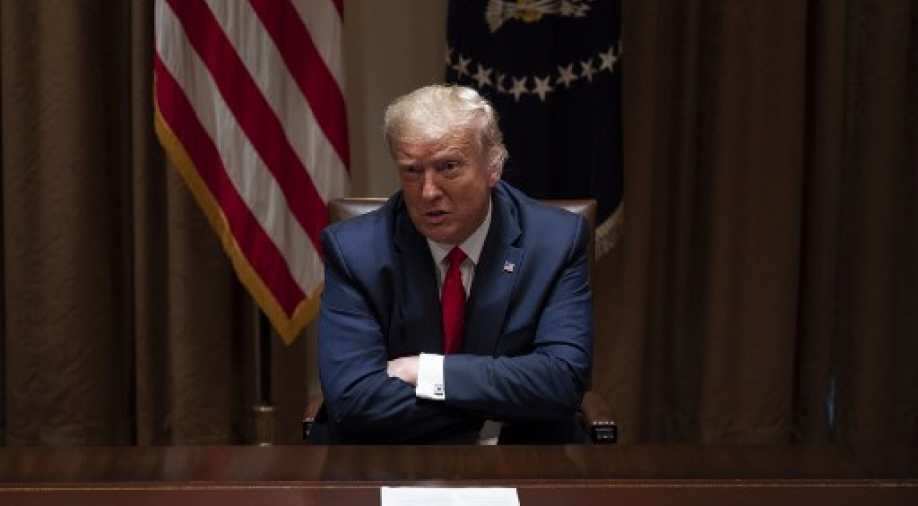 The TikTok app may be used for disinformation campaigns that benefit the Chinese Communist Party, and the United States 'must take aggressive action against the owners of TikTok to protect our national security,' Trump said in one order.

US President Donald Trump has issued executive orders banning any transactions with ByteDance, the Chinese company that owns video-sharing app TikTok, and Tencent, owner of the WeChat app, starting in 45 days.

Trump had earlier agreed to give China's ByteDance 45 days to negotiate a sale of the popular short-video app to Microsoft Corp. He had said he would support the sale of TikTok's US operations to Microsoft Corp if the US government got a “substantial portion” of the sales price but warned he will ban the service in the United States on September 15.

The TikTok app may be used for disinformation campaigns that benefit the Chinese Communist Party, and the United States "must take aggressive action against the owners of TikTok to protect our national security," Trump said in one order, on Thursday.

"The following actions shall be prohibited beginning 45 days after the date of this order... any transaction by any person, or with respect to any property, subject to the jurisdiction of the United States, with ByteDance Ltd."

In the other, Trump said WeChat "automatically captures vast swaths of information from its users. This data collection threatens to allow the Chinese Communist Party access to Americans` personal and proprietary information."

The orders come as the Trump administration said this week it was stepping up efforts to purge “untrusted” Chinese apps from US digital networks and called the Chinese-owned short-video app TikTok and messenger app WeChat "significant threats."

The order would effectively ban WeChat in the United States in 45 days by barring "to the extent permitted under applicable law, any transaction that is related to WeChat by any person, or with respect to any property, subject to the jurisdiction of the United States, with Tencent Holdings Ltd."

Trump said last week he was planning to ban TikTok in the United States after dismissing the idea of a sale to Microsoft.

But following a discussion between Trump and Microsoft CEO Satya Nadella, the Redwood, Washington-based company said in a statement on Sunday that it would continue negotiations to acquire TikTok from ByteDance, and that it aimed to reach a deal by September 15.

The negotiations between ByteDance and Microsoft will be overseen by the Committee on Foreign Investment in the United States (CFIUS), a US government panel that has the right to block any agreement.

The latest order also recalled the Indian action on banning the app. It said, "The Government of India recently banned the use of TikTok and other Chinese mobile applications throughout the country."

"In a statement, India's Ministry of Electronics and Information Technology asserted that they were 'stealing and surreptitiously transmitting users' data in an unauthorized manner to servers which have locations outside India'."

India had banned 59 Chinese apps, including Tik Tok on June 29, days after the Galwan valley skirmish. The list has since then been widened.