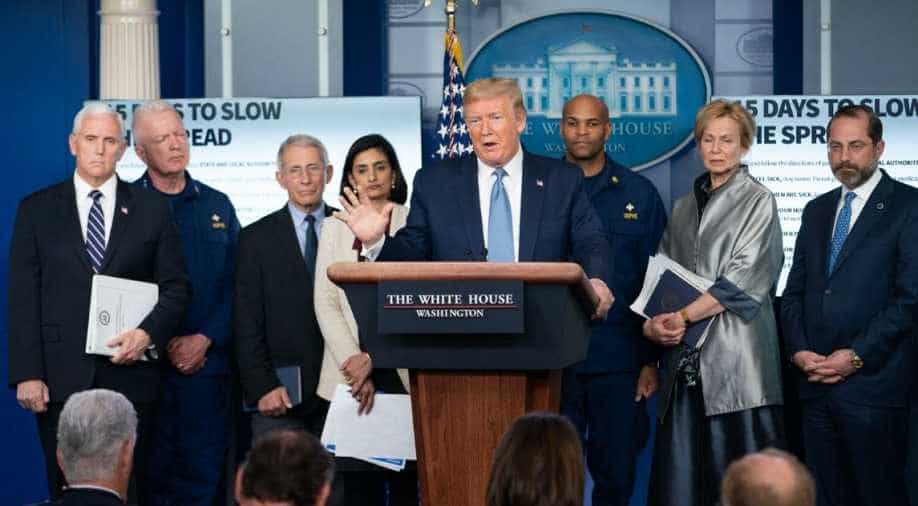 The coronavirus task force has spearheaded the complex response to the fast-spreading virus, which has already killed about 70,000 Americans.

US President Donald Trump has confirmed the White House coronavirus task force will be winding down.

Vice-President Mike Pence said on Tuesday that the emergency task force he heads will not ''be needed much longer than the end of this month.''

"I think we're starting to look at the Memorial Day (May 25) window, early June window" for shutting it down, he told reporters.

The coronavirus task force has spearheaded the complex response to the fast-spreading virus, which has already killed about 70,000 Americans.

The group headed by Pence and reporting to President Donald Trump coordinates between medical institutes, political staff and state governors, some of whom have spent weeks frantically trying to help overwhelmed hospitals.

Pence said that those efforts will soon be ready to be turned over to regular government agencies working "in a more traditional manner."

Downgrading of the situation from an outright emergency goes with Trump's new focus on pushing the country to embrace reopening of the economy.

Trump says that while he wants a "safe" reopening, the hardship caused by the economic shutdown is the main threat.

"We can't keep our country closed for the next five years," he said Tuesday while on a trip to a masks-making factory in Arizona.

He conceded that some people would be "badly affected."

Critics have accused the president of sacrificing Americans' public health in his eagerness to reopen the US economy ahead of his re-election battle in November.

White House spokeswoman Kayleigh McEnany insisted that Trump will continue to be briefed by the medical teams, even if there is no formal crisis group. She tweeted:

Reporting on the task force is being misconstrued to suggest the White House is no longer involving medical experts. This is totally false.

President @realDonaldTrump will continue his data-driven approach towards safely re-opening.