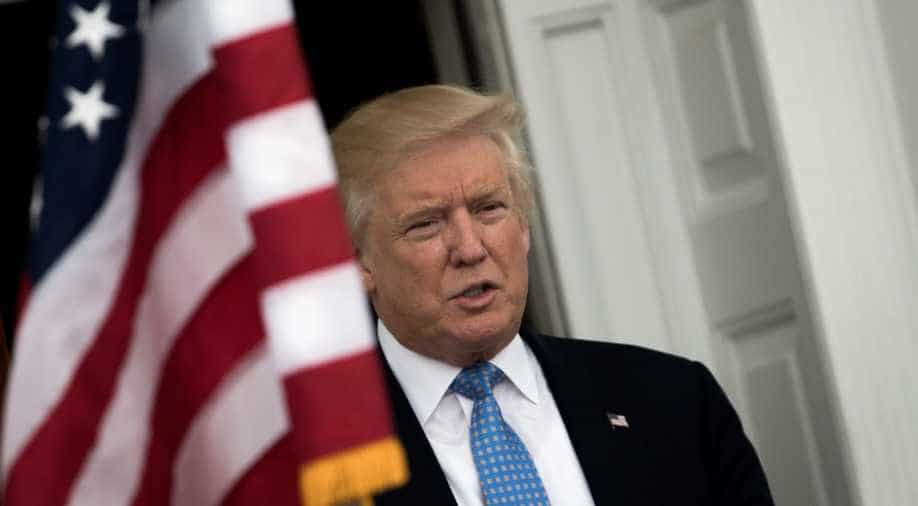 US President-elect Donald Trump has said he will pull the plug on the Trans-Pacific Partnership (TPP) trade deal the day he assumes office on January 20.

Trump, outlining his plans for the first 100 days of his presidency, spelled out his intention of cancelling some of the "job-killing" restrictions put on energy production, including clean coal and shale oil.

He has also asked the Labour Department to crack down on the abuse of visas by immigrants.

Trump had made immigration and job creation the centrepieces of his election campaign -- issues that handed him a stunning win over Democrat Hillary Clinton earlier this month.

The TPP trade deal was signed by 12 countries, including US and Japan, seemingly aimed to counter China's rise.

The deal, which was put on priority by outgoing President Barack Obama, intended to lower tariffs and strengthen economic ties.

The TPP -- signed by the US, Japan, Malaysia, Vietnam, Singapore, Brunei, Australia, New Zealand, Canada, Mexico, Chile and Peru -- aimed to create a single market similar to the EU.

But with the change of guard in Washington, the TPP trade deal will not see the light of day as Trump believes it would be a "potential disaster for our country".

"Instead, we will negotiate fair, bilateral trade deals that bring jobs and industry back onto American shores," said Trump.

Trump's decision to scrap the TPP is chiefly to protect American jobs against cheap labour in Asia -- a promise he had made to the workers in the industrial towns of the US on his campaign trail.

Trump's announcement comes a week after US Trade Representative Michael Froman warned that scrapping the trade deal would have "serious" strategic and economic costs.

Regarding energy, Trump said restrictions on certain production procedures would be lifted to "create many millions of high-paying jobs".

He also spoke about beefing up security of US' vital infrastructure from cyber attacks, saying: "I will ask the Department of Defense and the Chairman of the Joint Chiefs of Staff to develop a comprehensive plan."

He also promised to look into visa programs that hurt the American worker.

Japan's chief cabinet secretary Yoshihide Suga, however, said today that Japan is planning to "take a lead in working to ensure that the TPP takes effect as soon as possible", Reuters reported.

He said Japan plans to lobby other signatories to the pact, adding that he had no comments on President-elect Donald Trump's statement that he intended to quit the trade pact on the first day of his presidency.