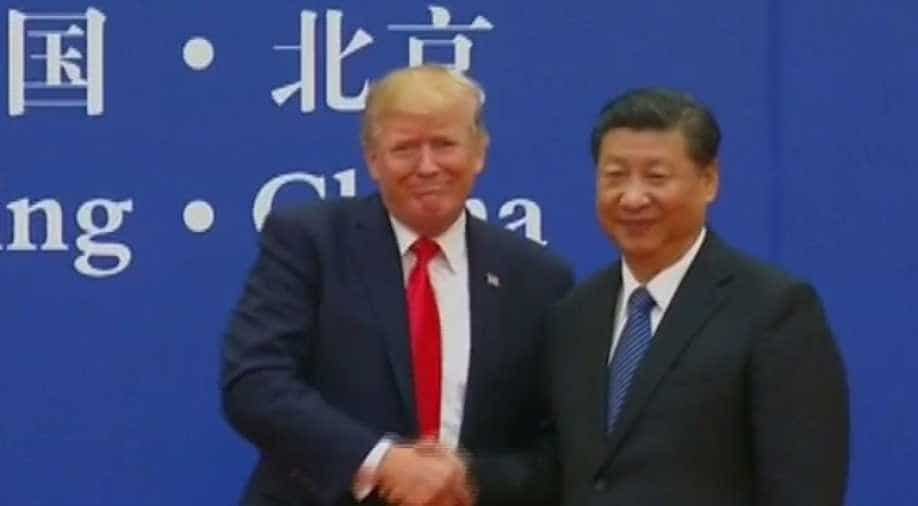 US President Donald Trump and Chinese president Xi Jinping attend a bilateral meeting at the Great Hall of the People in Beijing on November 9. Photograph:( WION )

US, China announced over $250 bn in business deals during Trump's visit ||

"After all, who can blame a country for being able to take advantage of another country for the sake of its citizens?" he said during a signing ceremony for over $250 billion in US-Chinese business deals.

The deals range from billions in Chinese soybean imports to major projects like the development and export of liquified natural gas from Alaska.

Speaking after talks with his Chinese counterpart, Trump said that China has to take greater action on market access, forced technology transfers and theft of intellectual property.

"To keep opening up is our long-term strategy. We will not narrow or close our doors. We will open wider and wider," Xi said.

"I will encourage Chinese businesses to do more investment in US and at the same time, invite more US companies to take part in One Belt One Road," Xi added.

He was referring to China's Silk Road project to revive ancient trade routes with a massive network of rail and maritime links.

Annually, the US runs a steep trade deficit in goods with China of about $350 billion.

But some analysts say any large deals will do little to shift the overall balance of trade unless the structural barriers preventing US businesses from competing fairly in China are changed.

The gas deal between the state of Alaska, Alaska Gasline Development Corp, China Petrochemical Corp (Sinopec), China Investment Corporation (CIC) and the Bank of China involves a total investment of up to $43 billion.

Official said the joint development agreement will create up to 12,000 American jobs and reduce the trade deficit between the United States and Asia by $10 billion annually.

In turn, it will provide China with clean and affordable energy.