Trump says the US reaches trade deals with Japan, no word on cars 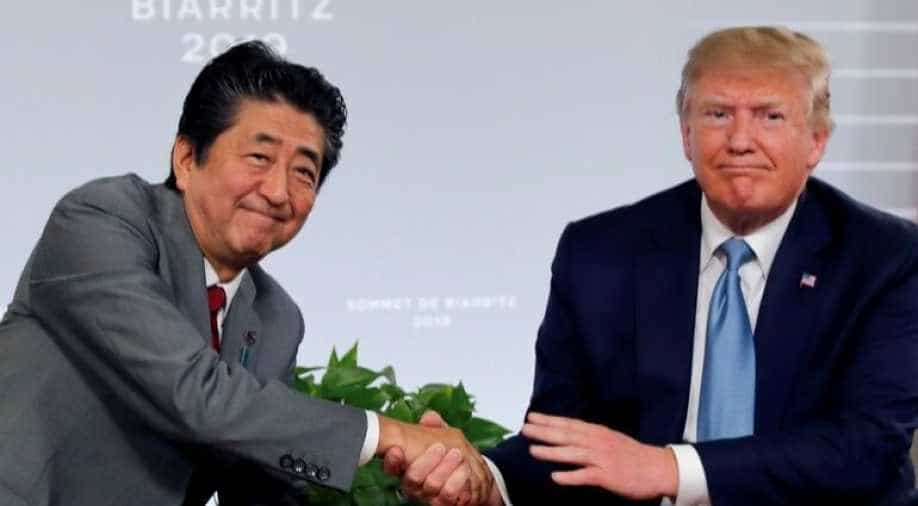 In a letter to the US Congress released by the White House, Trump said that he intends to enter into the agreements on tariff barriers and digital trade "in the coming weeks" and was notifying lawmakers that the tariff deal would be made under a trade law provision allowing the US president to make reciprocal tariff reductions by proclamation.

US President Donald Trump said on Monday Washington had struck trade agreements with Tokyo that could be implemented without congressional approval, but stopped short of assuring Japan that new tariffs would not be slapped on vital auto exports.

In a letter to the US Congress released by the White House, Trump said that he intends to enter into the agreements on tariff barriers and digital trade "in the coming weeks" and was notifying lawmakers that the tariff deal would be made under a trade law provision allowing the US president to make reciprocal tariff reductions by proclamation.

"In addition, I also will be entering into an Executive Agreement with Japan regarding digital trade," Trump said in the letter.

Neither agreement would require a vote in Congress under the so-called "fast track" approval process.

The Trump administration last year notified Congress that it would pursue negotiations with Japan under this method.

On a critical issue to Japan, Trump's announcement left unclear whether he has agreed not to impose threatened national security tariffs on Japanese vehicles and auto parts.

Avoiding the "Section 232" tariffs of up to 25 per cent was a major motivating factor for Tokyo in negotiating with Washington on trade.

"At the finishing stage, we plan to reconfirm that 232 won't be imposed," Foreign Minister Toshimitsu Motegi, Japan's lead negotiator, told a regular news conference in Tokyo on Tuesday.

Japan wants to avoid any agreement hindering its ability to intervene in the foreign-exchange markets in the event of a spike in the yen, or to expand the Bank of Japan's massive monetary stimulus.

Trump said after the G7 summit last month that he was not considering auto tariffs "at this moment".

Over much of the past year, the scope of talks has narrowed to exclude the automotive sector, the source of most of the $67 billion US trade deficit with Japan.

Instead, Trump and Prime Minister Shinzo Abe in August announced an agreement in principle of a deal that covered reductions in tariffs on agricultural and industrial goods, but not autos.

A spokesman for US Trade Representative Robert Lighthizer could not immediately be reached for comment on the letter and the trade deals.

Trump and Abe said at the G7 summit in France that they hoped to sign the agreement at this month's United Nations General Assembly in New York.

Trump's letter did not disclose any content of the agreements, but Japan had previously said it was willing to consider a deal that would reduce agriculture tariffs to levels previously contemplated under the Trans-Pacific Partnership, a trade deal that Trump quit on his third day in office in 2017.

"My Administration looks forward to continued collaboration with the Congress on further negotiations with Japan to achieve a comprehensive trade agreement that results in more fair and reciprocal trade between the United States and Japan," Trump said.

The US technology industry officials say they expect the digital trade agreement with Japan to be closely aligned with provisions in the new US-Mexico-Canada Agreement (USMCA), which follow the US model for internet development.

The USMCA provisions aim to ensure the free flow of data across borders without taxation, prohibit data server localization requirements and limit governments' ability to require the disclosure of source code by the companies they regulate.

For Trump, the signing of even a partial trade deal with Japan centred largely on agriculture would provide some relief to US farmers who have been battered by a 14-month US-China trade war and lost market share.