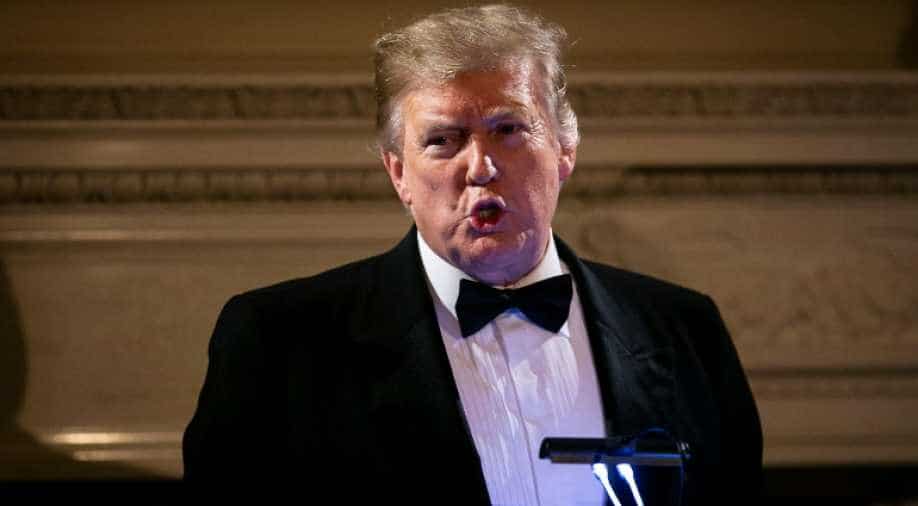 However, Trump also told a group of US governors at the White House that while a US-China trade pact could happen very soon, it also might not happen at all.

US President Donald Trump on Monday said he would hold a summit with China to sign any final trade deal, a day after signalling that he planned to meet with Chinese President Xi Jinping to conclude an agreement.

However, Trump also told a group of US governors at the White House that while a US-China trade pact could happen very soon, it also might not happen at all.

On Sunday, Trump said he would delay an increase in US tariffs on Chinese goods thanks to "productive" trade talks. Assuming additional progress was made on both sides, Trump said he planned to meet with Xi at his Mar-a-Lago estate in Florida.

World markets rose on Monday after Trump's announcement of the delay, feeding investors' hopes that the trade war between the world's two biggest economies could soon see a resolution.

The seven-month-old trade war has rattled global markets and prompted stark warnings about the risks to the world economy.

Analysts say the two sides are likely to trumpet mutual agreements to resolve the easier parts of the trade dispute -- increasing purchases of American goods, more open investment in China and tougher protections for intellectual property and proprietary technology.

The harder parts covering issues such as scaling back China's ambitious industrial strategy for global preeminence, meanwhile, are another question.

Beijing has reportedly proposed a significant increase in its imports of US energy and agricultural exports. Still, a broader deal could be difficult given the US demands for far-reaching structural changes.

China's retaliation has hit US farm exports hard. The US Agriculture Department estimated this month that US soy exports would not return to their pre-trade war levels for another six years.