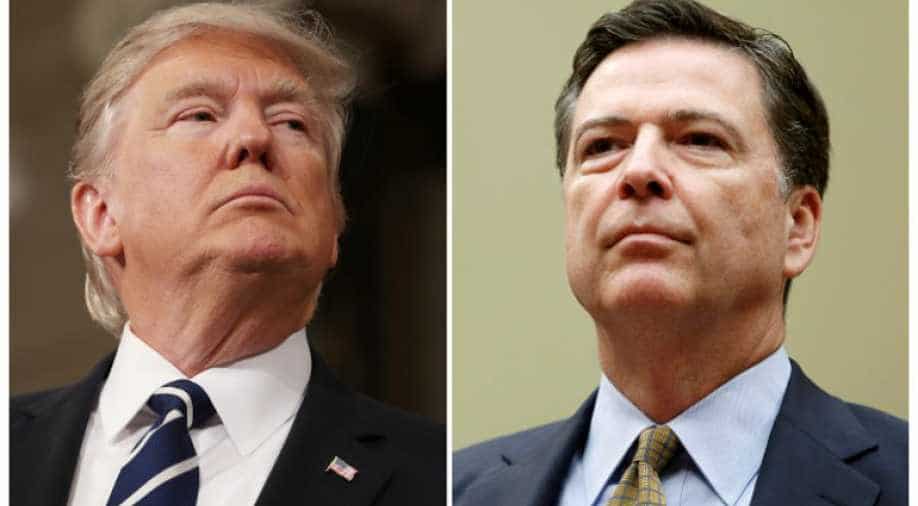 'I hope you can let this go,' Trump reportedly told Comey. Photograph:( Reuters )

James Comey, who was sacked as the FBI chief by US President Donald Trump last month, will testify before a powerful Congressional committee in an open session next week||Comey was fired as FBI Director by Trump last month

James Comey, who was sacked as the FBI chief by US President Donald Trump last month, will testify before a powerful Congressional committee in an open session next week, it was announcement today.

"The hearing will begin at 10 AM in open session. The open session will be followed by a closed session at 1 PM," a media announcement said.

Comey was fired as FBI Director by Trump last month.

According to US media reports, Comey is likely to tell the lawmakers that he was asked by Trump not to go ahead of the FBI investigations against Michael Flynn, the former national security advisor to Trump.

Meanwhile, Senators Patrick Leahy and Al Franken released a letter that they had written to Comey requesting an FBI inquiry into Attorney General Sessions' testimony before the Senate Judiciary Committee and his contacts with Russian officials.

"Earlier this year, Attorney General Sessions provided false testimony before the Senate Judiciary Committee in response to our questions regarding his contacts with Russian officials," the two Senators said.

"He made no attempt to correct his misleading testimony until the Washington Post revealed that, in fact, he had at least two meetings with the Russian ambassador during the 2016 presidential campaign," they said.

Yet, the Attorney General never fully explained or even acknowledged the misrepresentations in his testimony, and "we remained concerned that he had still not been forthcoming about the extent of his contacts with Russian officials," the two Senators said in the statement.

"On March 20, we asked then-FBI Director Comey to investigate Attorney General Sessions' false testimony and any additional contacts he may have had with Russian officials, including reports that he may have met with the Russian ambassador at a small, private Trump campaign event at the Mayflower Hotel in April 2016," they wrote.

"We anticipated that Director Comey would respond to our letter by May 12," the Senators said.

Director Comey was abruptly dismissed on May 9.

Since then, the two Senators said, they have been in communication with the FBI concerning a response to their letter, and expect to be briefed on the matter in the near future.

"We served with the Attorney General in the Senate and on the Judiciary Committee for many years. We know he would not tolerate dishonesty if he were in our shoes. If it is determined that the Attorney General still has not been truthful with Congress and the American people about his contacts with Russian officials during the campaign, he needs to resign," the two Senators said.