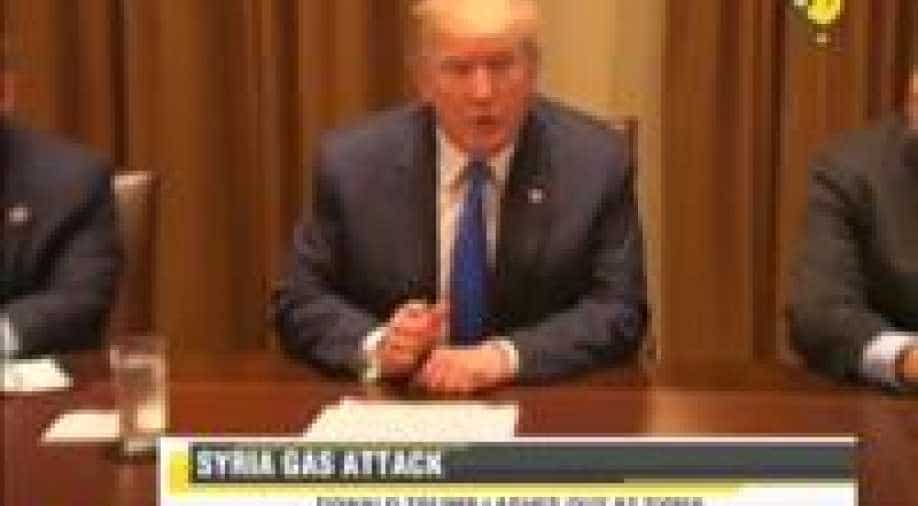 Citing national security concerns, US President Donald Trump's administration is working on a fresh plan to subsidize coal and nuclear plants, a move critics say is unnecessary and will drive up energy costs.

The new move comes months after the Federal Energy Regulatory Commission terminated an earlier proposal to provide federal aid to the troubled sectors, claiming it was needed to strengthen the resilience of the national grid.

The US energy watchdog found the proposals neither justified nor reasonable.

But on Friday, the White House said it was working on a new plan.

"Unfortunately, impending retirements of fuel-secure power facilities are leading to a rapid depletion of a critical part of our nation's energy mix and impacting the resilience of our power grid."

Sanders said Trump had ordered Energy Secretary Rick Perry to prepare "immediate steps to stop the loss of these resources."

The statement did not provide further details, but a Wall Street Journal report said the new plan would force grid operators to take the electricity produced by coal and nuclear plants.

Grid operator PJM criticized the announcement, saying there was "no need for any such drastic action."

"Any federal intervention in the market to order customers to buy electricity from specific power plants would be damaging to the markets and therefore costly to consumers," it added.

Christopher Mansour, of the Solar Energy Industries Association, added: "A policy to spend billions of dollars keeping uneconomic power plants afloat, while trying to put clean and affordable solar on the sidelines, is not a recipe for economic success."

Both coal and nuclear have seen their share of the energy market diminish in recent years, losing out to oil, natural gas and renewables.

There are currently only two nuclear reactors under construction in the US, in addition to the 99 in service. Coal is also facing a crisis, and Trump made reversing its decline a major campaign pledge.