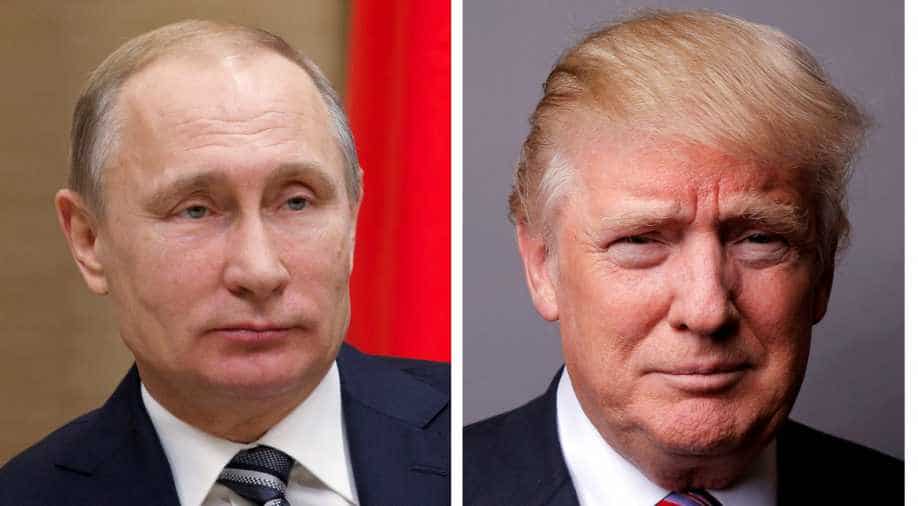 The two presidents agreed that all parties must do all they can to end the violence in Syria||Trump aides said the discussion included safe, or de-escalation, zones in Syria to achieve lasting peace||No details were given about the possible safe zones, which have long been discussed, but faltered

Donald Trump and Vladimir Putin discussed steps to ease Syria's civil war and a possible first face-to-face meeting, during what the White House described as a "very good call" Tuesday.

The US and Russian leaders spoke by telephone, focusing on the six-year-old Syrian conflict, which has pitched Moscow and Washington into rival camps.

"President Trump and President Putin agreed that the suffering in Syria has gone on for far too long and that all parties must do all they can to end the violence," the White House said.

Trump aides also said "the conversation was a very good one" that included "discussion of safe, or de-escalation, zones" in Syria "to achieve lasting peace for humanitarian and many other reasons."

The White House said the two leaders also spoke about "how best to resolve the very dangerous situation in North Korea."

And the Kremlin added that both men were "in favour" of meeting at a G-20 summit in Germany this July.

That meeting is sure to be closely watched in the United States, where Trump has come under sustained criticism over his campaign's ties to Russia and his praise of Putin.

US intelligence agencies believe that Putin approved of a wide-ranging campaign to tilt the 2016 election in Trump's favour, prompting US sanctions imposed by former president Barack Obama.

The FBI is still investigating possible collusion between the campaign and Moscow.

Trump has been muted in his criticism, but tensions between the White House and the Kremlin have resurfaced after the suspected use of the chemical agent sarin against civilians prompted Trump to strike a Syrian regime airbase also used by Russia.

Secretary of State Rex Tillerson said the call -- which he sat in on -- was "very productive" with "a lot of detailed exchanges."

"We'll see where we go from here."

No details were given about the possible safe zones, which have long been discussed, but faltered as Bashar al-Assad's regime and assorted groups of rebels, Kurds, Iranian-backed militias, Al-Qaeda and Islamic State fighters have kept-up a bloody war that has killed an estimated half million people.

The Kremlin, meanwhile, said "the emphasis was put on the potential for coordination of actions by the United States and Russia in the fight against terrorism."

The State Department earlier announced that it would send a junior minister to Russian-backed peace talks in Astana later this week.