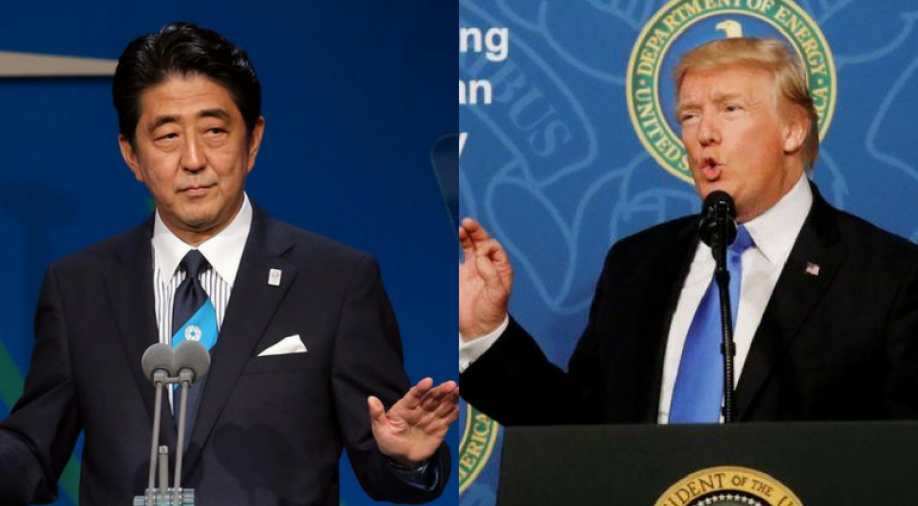 Japan, a key ally of the US, has been steadfast in its view that North Korea should work towards complete denuclearisation

Ahead of talks with Kim, US President Trump and Japanese PM Shinzo Abe agreed that North Korea should completely dismantle it's nuclear, chemical and biological weapons and ballistic missile programs.

Trump and Abe spoke on the phone even as President Trump prepares to meet Kim Jong-un in Singapore on June 12th.

“The president and prime minister affirmed the shared imperative of achieving the complete and permanent dismantlement of North Korea’s nuclear, chemical and biological weapons and ballistic missile programs,” the White House said in a statement.

The dismantling of nuclear infrastructure has been the bone of contention between the US and North Korea with Kim hitting out at the US a few days ago which nearly put the June 12th summit in jeopardy, later the North Korean backed down and toned down his nuclear rhetoric.

During a telephone call, the pair “discussed recent developments in North Korea and confirmed they would meet again to continue close coordination in advance of the expected meeting between the United States and North Korea,” the White House said.

Japan, a key ally of the US, has been steadfast in its view that North Korea should work towards complete denuclearisation and has often conveyed its point of view to the US openly.