Trump open to lifting Russia sanctions if Moscow 'is helpful' 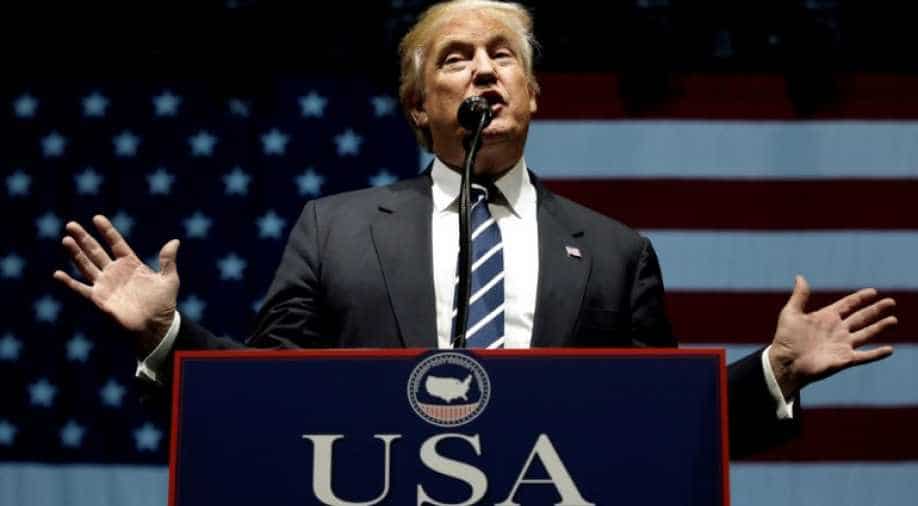 Trump?also said he wouldn't commit to the 'One-China' policy until he sees progress from Beijing in its currency and trade practices. Photograph:( Reuters )

US President-elect Donald Trump said in an interview with the Wall Street Journal that he would keep intact sanctions against Russia "at least for a period of time," but added he would be open to lifting sanctions if Moscow proves helpful in battling terrorists and reaching other goals important to Washington.

Trump also said he wouldn't commit to the "One-China" policy until he sees progress from Beijing in its currency and trade practices.

In excerpts published by the Wall Stree Journal, Trump said, "If you get along and if Russia is really helping us, why would anybody have sanctions if somebody’s doing some really great things?"

Trump told the newspaper he is prepared to meet with Russian President Vladimir Putin some time after he is sworn in on January 20.

"I understand that they would like to meet, and that’s absolutely fine with me," he said. Asked if he supported the "One-China" policy on Taiwan that has underpinned US relations with Beijing for decades, Trump told the Journal: "Everything is under negotiation including One-China."

Trump angered the Chinese by taking a congratulatory phone call after his election win from Taiwan's leader and questioning the "One-China" policy. The United States has acknowledged the Chinese position that there is only One-China and that Taiwan is part of China.

Trump has said in the past he would label China a currency manipulator after he takes office. In the interview, he said he wouldn’t take that step on his first day in the White House. “I would talk to them first," he said. "Certainly they are manipulators," he added. "But I’m not looking to do that."

But he made plain his displeasure with China’s currency practices. "Instead of saying, 'We’re devaluating our currency,' they say, 'Oh, our currency is dropping.' It’s not dropping. They’re doing it on purpose," he said, according to the Journal.

"Our companies can’t compete with them now because our currency is strong and it’s killing us," the Journal quoted Trump as saying.