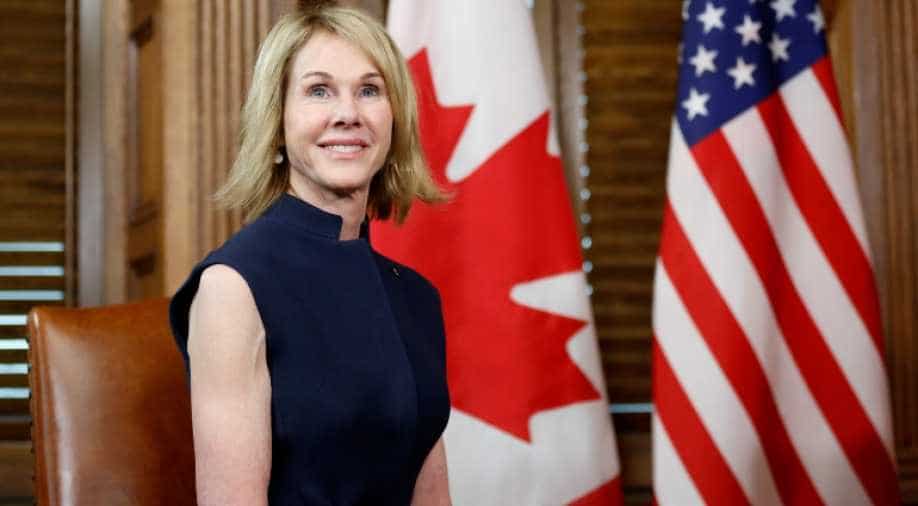 'Kelly has done an outstanding job representing our Nation and I have no doubt that, under her leadership, our country will be represented at the highest level,' Trump said.

President Donald Trump said Friday he is nominating Kelly Craft, his envoy to Canada, to be the next US ambassador to the United Nations.

"Kelly has done an outstanding job representing our Nation and I have no doubt that, under her leadership, our country will be represented at the highest level," Trump said in a pair of tweets announcing his pick.

I am pleased to announce that Kelly Knight Craft, our current Ambassador to Canada, is being nominated to be United States Ambassador to the United Nations....

If confirmed by the US Senate, she would fill the post that has been vacant since Nikki Haley, a former South Carolina governor and rising star in the Republican Party who stepped down from the UN job late last year.

Craft was nominated one week after Trump's previous choice, former Fox News anchor and State Department spokeswoman Heather Nauert, withdrew from consideration amid criticism that she lacked the experience for one of the top diplomatic posts.

"Ambassador Craft has been an outstanding advocate for America's national security and economic interests in Canada and she is extremely well-qualified to do the same at the United Nations," he said in a statement.

Craft was a major supporter of George W. Bush, who as president appointed her to serve as a US delegate to the United Nations, representing Washington at UN meetings.

The businesswoman from Kentucky, believed to be 56-years-old, has been a major Republican donor.

She raised eyebrows in 2017 as the new US ambassador in Ottawa -- and the first woman in that post -- when she said she believes "both sides" of climate science.

"I think that both sides have their own results, from their studies, and I appreciate and I respect both sides of the science," Craft told the Canadian Broadcasting Corporation.

She is married to Joe Craft, who is president of Alliance Resource Partners, which describes itself as the second largest coal producer in the eastern United States.

Joe Craft was worth an estimated $1.4 billion in 2012, according to Forbes magazine.

He also donated $371,100 to candidates, all Republicans, during the 2018 election cycle, the organization said.