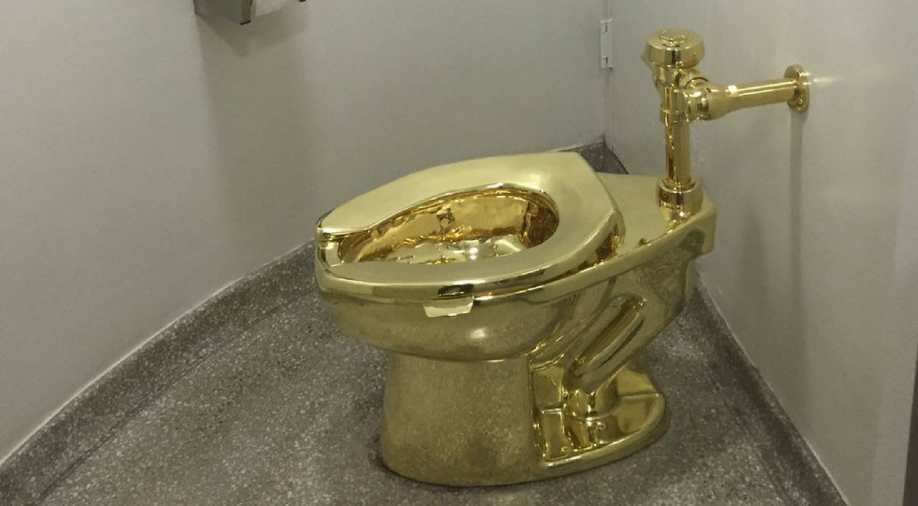 'We are sorry not to be able to accommodate your original request, but remain hopeful that this special offer may be of interest,' the museum said. And attached a photograph of the gold toilet.  Photograph:( Reuters )

The White House on behalf of the US President Donald Trump and First Lady Melania Trump requested to borrow Vincent Van Gogh's 1888 painting "Landscape with Snow" from the famous Guggenheim Museum in New York for their private quarters but a curator from the institution made them a counter offer -- a fully functional 18-carat gold toilet.

The Guggenheim Museum's chief curator Nancy Spector who is openly critical of Trump on social media platforms decided against lending the Gogh painting and offered "America", the $1 million toilet to the Trumps instead.

Watch Video: A toilet made of gold, literally

In reply to White House' email to the museum, Spector said that they could borrow the toilet installation used by visitors in a museum restroom.

She wrote, "We are sorry not to be able to accommodate your original request, but remain hopeful that this special offer may be of interest" while attaching a photograph of the gold toilet.

She added "Toilet could be a long-term loan" before adding " "It is, of course, extremely valuable and somewhat fragile, but we would provide all the instructions for its installation and care."

In a museum blog-post last year, the curator wrote that his (Trump's) presidency has been "marked by scandal and defined by the deliberate rollback of countless civil liberties, in addition to climate-change denial that puts our planet in peril."

The gold toilet exhibit was set up in what appeared to be a standard bathroom on the museum's fifth floor and gained recognition when the museum-goers were allowed to use it.

Meanwhile, the famous Van Gogh painting that the Trumps wanted is named "Landscape With Snow" and features a man and his dog.