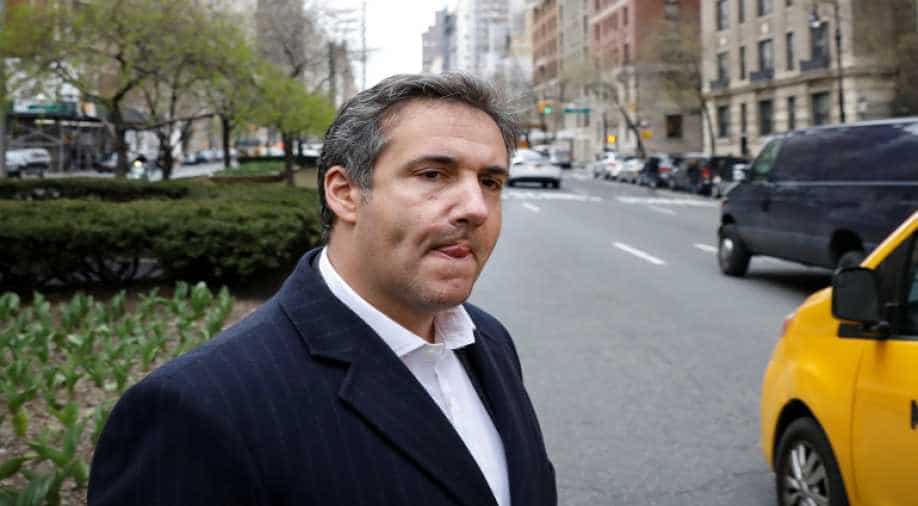 President Donald Trump's lawyer Michael Cohen said on Wednesday he would assert his right under the U.S. Constitution to avoid self-incrimination in a lawsuit filed by adult-film star Stormy Daniels, who says she had an affair with Trump.

In a filing in Los Angeles federal court, Cohen said he decided to assert his constitutional right after the FBI raided his home, office and hotel room two weeks ago.

"Based on the advice of counsel, I will assert my 5th Amendment rights in connection with all proceedings in this case due to the ongoing criminal investigation by the FBI and U.S. Attorney for the Southern District of New York," Cohen wrote in the filing.

The Fifth Amendment to the U.S. Constitution states that no individual can be "compelled in any criminal case to be a witness against himself."

By asserting that right, Cohen can avoid revealing information in Daniels' civil lawsuit that could aid federal investigators in the criminal probe of his business dealings.

Last month, Daniels, whose real name is Stephanie Clifford, sued Trump and Cohen to invalidate a non-disclosure agreement related to a $130,000 payment she received from Cohen before the 2016 election to keep quiet about her alleged one-night stand with Trump a decade earlier.

The probe of Cohen's business dealings, and the FBI's search of his office that uncovered information related to the $130,000 payment, started with a referral from Special Counsel Robert Mueller, who is investigating alleged Russian interference in the 2016 presidential election and possible collusion with the Trump campaign.

Russia denies meddling in the election and Trump has denied any collusion.

Lawyers for Cohen and Trump have asked for the Daniels case to be put on hold for 90 days. At a hearing last week, U.S. District Judge James Otero said he needed more time to review the request for a stay.

Trump has denied having an affair with Daniels or any knowledge of the $130,000 payment.