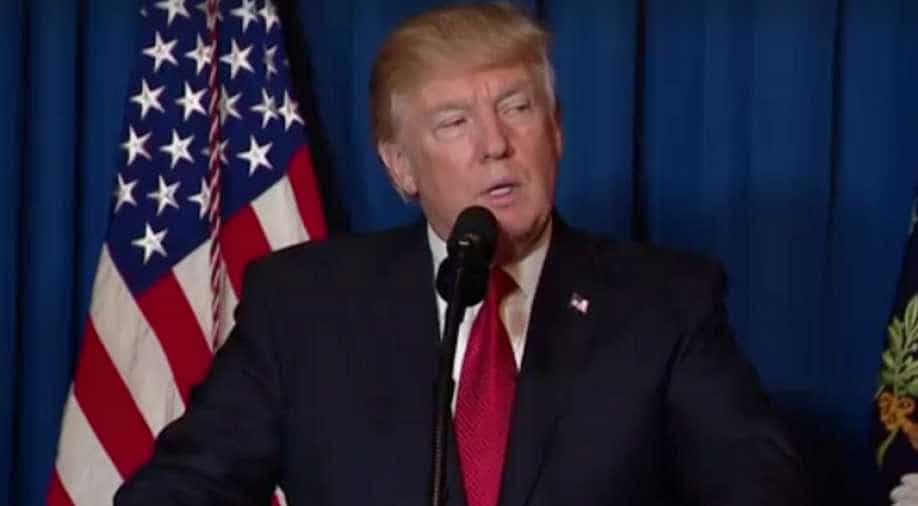 File photo of US President Donald Trump. Photograph:( Others )

Neomi Jehangir Rao, 45, who is currently administrator of the Office of Information and Regulatory Affairs, was recommended for the judgeship on the DC Circuit Court by former White House counsel Don McGahn.

US President Donald Trump has interviewed an Indian-American woman to replace Supreme Court Justice Brett Kavanaugh in the powerful federal appeals court in Washington, DC, according to a report.

Neomi Jehangir Rao, 45, who is currently administrator of the Office of Information and Regulatory Affairs, was recommended for the judgeship on the DC circuit court by former White House counsel Don McGahn, news website Axios reported Sunday.

Citing sources, the website said Trump was interested in Rao so that he could appoint a minority woman to Kavanaugh's old job.

Rao, a former clerk for conservative Supreme Court Justice Clarence Thomas, was confirmed by the Senate with a 54-41 vote in July 2017 to head the Office of Information and Regulatory Affairs. The agency reviews executive branch regulations, a task the DC circuit often addresses.

Rao in this capacity is called the regulatory czar of the Trump administration.

Before being sworn in as the US Supreme Court Judge, Kavanaugh, whose confirmation process was marred by sexual misconduct allegations, was a judge at the United States circuit court of the United States Court of Appeals for the District of Columbia Circuit.

The position has now fallen vacant and Trump is reported to be interviewing several individuals for this position.

Sree Srinivasan is another Indian-American on this prestigious US federal court.

While one source told the website that Rao did not leave Trump with a good first impression, another said the president had not ruled her out of contention.

"Immediately after Trump met with Rao, two sources briefed on their encounter say they got the strong impression that the president was not impressed by her, the news portal said.

"Yes, but: A third source, who is close to Trump, told me late this week that it seemed like he was reconsidering his initial judgement of Rao and may still pick her, Axios said.

Rao has previously served in all three branches of the federal government.

She served as Associate Counsel to President George W Bush; counsel for nominations and constitutional law to the US Senate Committee on the Judiciary; and law clerk to Justice Clarence Thomas of US Supreme Court.

She practiced public international law and arbitration at Clifford Chance LLP in London. Rao received her JD with high honours from the University of Chicago and her BA from Yale University.

Rao was born to mother Zerin Rao and father Jehangir Narioshang Rao, both Parsi physicians from India. She grew up in Michigan and did her schooling from Detroit High School.