Trump has invited Brazil's President-elect Bolsonaro to US: John Bolton 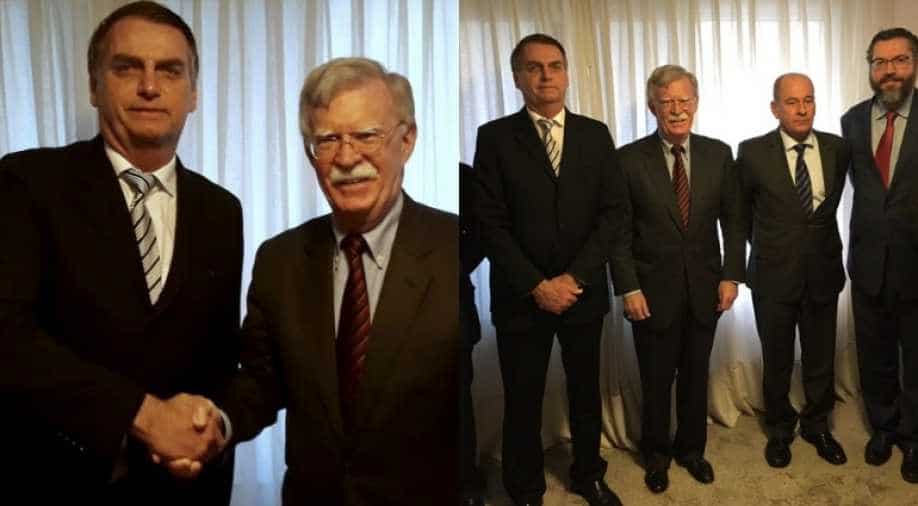 Enjoyed a wide-ranging, very productive discussion w/ Brazil’s President-elect Bolsonaro & his national security team. I extended an invitation from Pres. Trump for @JairBolsonaro to visit the US. We look forward to a dynamic partnership w/ Brazil. pic.twitter.com/KrGF7mYDaA

Bolsonaro is an admirer of the US president and, like Trump, took the political establishment by surprise when he won office in October, riding a wave of anger against traditional politicians.

He has vowed to sweep out corruption, crack down on crime and align Brazil closely with the United States in a shift towards conservative nationalism.

Bolsonaro has threatened to follow Trump's lead and pull Brazil out of the Paris climate agreement, despite having the world's biggest rainforest in the Amazon.