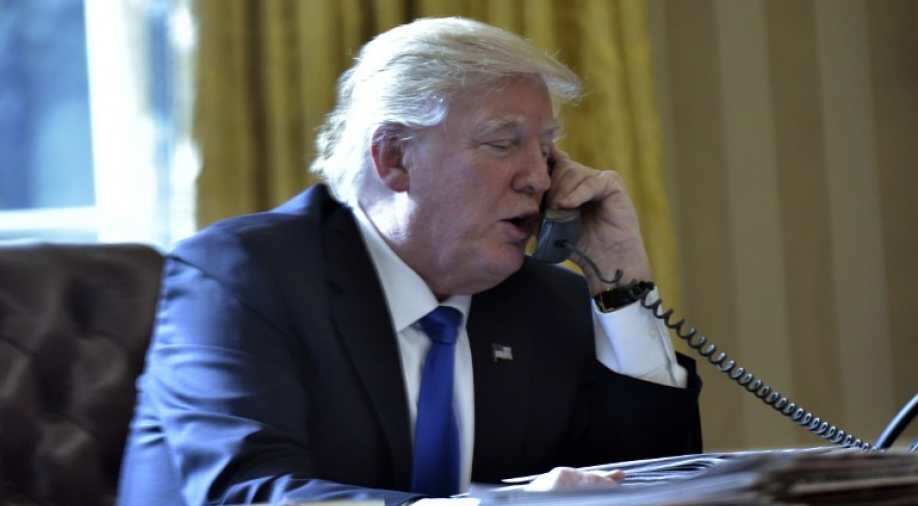 Trump spoke to Russian President Vladimir Putin on Saturday, where both leaders agreed to establish 'real coordination' against the Islamic State group in Syria, the Kremlin said. Photograph:( AFP )

President Donald Trump signed an executive order Saturday giving the US military 30 days to devise a plan to "defeat" the Islamic State group.

The plan makes good on a key campaign pledge of Trump, who mocked and criticised the slow pace of his predecessor Barack Obama's progress in the fight against the extremist fighters.

The text, which calls for a "comprehensive strategy and plans for the defeat of ISIS," is seen as meaning more US forces and military hardware moving into Iraq and Syria.

Pentagon chief James Mattis is also tasked with recommending changes to US rules of engagement and policy restrictions to eliminate those that "exceed the requirements of international law regarding the use of force against ISIS" under the order, which also seeks to cut the group's financial support.

Trump and his Russian counterpart Vladimir Putin agreed in a telephone call to establish "real coordination" against the Islamic State group in Syria, according to the Kremlin.

Yet many in the US military are suspicious of Russia's role in Syria, with Moscow seen as seeking first and foremost to support and defend President Bashar al-Assad's regime.

"We have to get rid of ISIS. We have no choice," Trump told Fox News in an interview broadcast Thursday, using another acronym for the jihadist group.

"This is evil. This is a level of evil that we haven't seen."

Seeking 'quicker results'
Barack Obama took a longer-term view of the anti-IS fight, with a more cautious commitment of US forces and instead of ramping up an air war against the violent extremists.

"President Trump might be looking for something with quicker results, that could put some more options on the table," retired lieutenant general David Barno, who led coalition forces in Afghanistan from 2003 to 2005, told National Public Radio on Friday.

The United States currently has 5,000 troops in Iraq and 500 in Syria as "advisers" -- but also US artillery and aircraft to help in the fight.

They have provided substantial support to the assault led by Iraqi forces on Islamic State's hold on the key city of Mosul.

The slow, steady assault has driven IS fighters out of part of the city on the east bank of the Tigris River, and forces are now preparing an assault on IS-held Mosul neighbourhoods on the river's west bank.

According to reports, an escalation of the US role could involve more US armour and helicopters engaging in the assaults on IS positions together with Iraqi, Turkish and Kurdish forces.

Trump "could elect to put American boots on the ground in larger numbers," Barno said.

"That all entails new uses of military power... and that opens the prospect of a deeper involvement with more casualties."