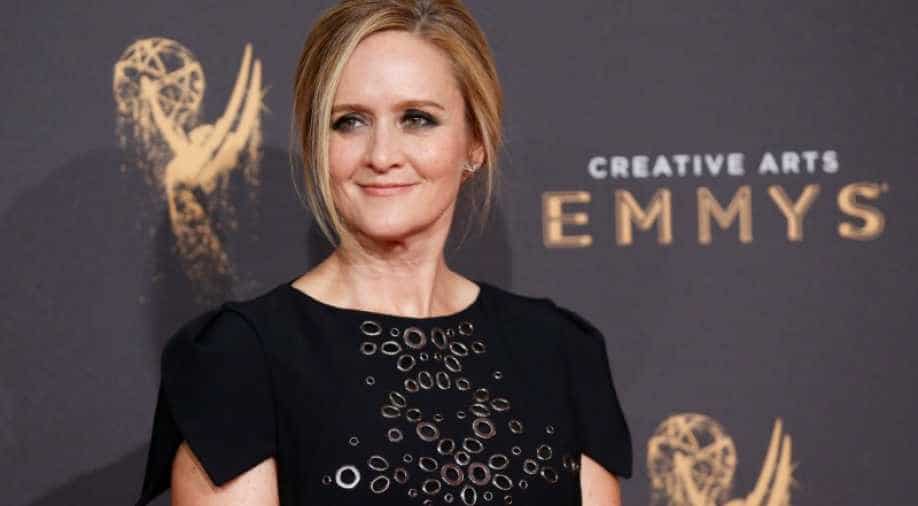 &nbspUS&nbspPresident Donald Trump on Friday called for comedian Samantha Bee to be fired after she made a vulgar comment about his daughter and White House adviser Ivanka Trump on her cable television program.

"Why aren't they firing no talent Samantha Bee for the horrible language used on her low ratings show?" Trump said on Twitter on Friday. "A total double standard but that's O.K., we are Winning, and will be doing so for a long time to come!"

On Wednesday, Bee used a crude reference for the female anatomy to describe Ivanka Trump on her show "Full Frontal" while discussing the president's controversial immigration policies.

Bee apologised on Thursday. The TBS cable network, which airs the program, also issued an apology.

"I would like to sincerely apologise to Ivanka Trump and to my viewers for using an expletive on my show to describe her last night. It was inappropriate and inexcusable. I crossed a line, and I deeply regret it," Bee said on Twitter.

The show immediately faced a backlash from advertisers. State Farm Insurance said it has suspended its commercials and is reviewing any future placements. "We constantly review programs to ensure alignment to our programming guidelines and brand values," spokesman Jim Camoriano said in a statement.

Autotrader also pulled its commercials. "The comments expressed by Samantha Bee were offensive," the company said in a statement. "As a result, Autotrader has suspended its sponsorship of 'Full Frontal with Samantha Bee.'"

Trump's presidential candidacy was thrown into crisis in 2016 after a tape emerged in which he boasted about being able to grab women by their genitalia because of his star status. He had spoken as he waited to film a segment for the TV program, "Access Hollywood," in 2005.

After "Roseanne" was cancelled on Tuesday, the White House said the president would not defend Barr's comments but pointed to alleged media bias against the TV show, which portrays a working-class American family.

The program, which originally aired from 1988 to 1997, has drawn praise from Trump since it was brought back. Its reboot featured Barr portraying a Trump voter facing off against her sister, an ardent opponent of the president, and tackled other issues reflecting America's political divide.

TBS is owned by Time Warner Inc, which is seeking to merge with AT&T Inc in a move opposed by the Trump administration.

After "Roseanne" was cancelled, Trump criticized ABC and Bob Iger, chief executive officer of Disney, on Twitter, but did not directly address the content of Barr's comments. Disney is seeking to merge with Twenty-First Century Fox Inc. Fox has also drawn interest from Comcast Corp.