Trump calls for cancellation of new Air Force One order, says costs 'out of control' 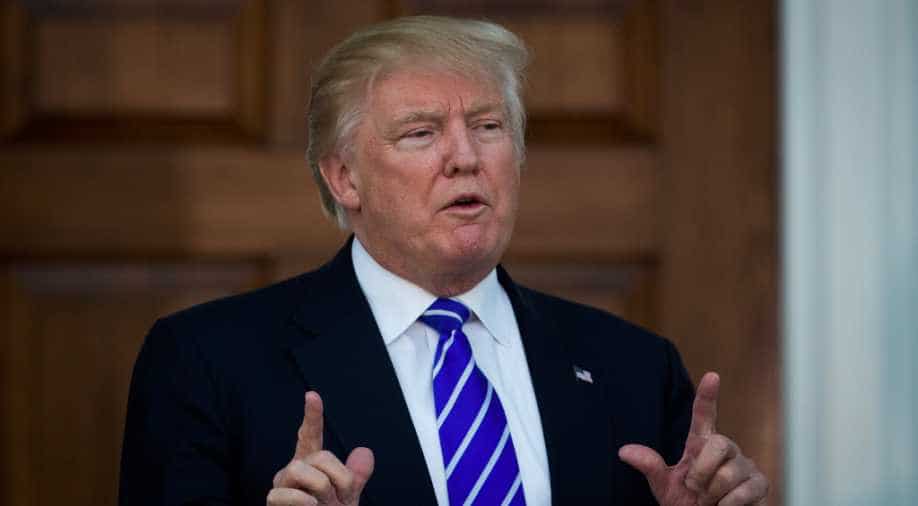 US President-elect Donald Trump called for the cancellation of a multi-billion dollar contract with Boeing to build the next Air Force One, calling the inflating costs "totally out of control”.

"Boeing is building a brand new 747 Air Force One for future presidents, but costs are out of control, more than $4 billion. Cancel order!" he tweeted.

Boeing is building a brand new 747 Air Force One for future presidents, but costs are out of control, more than $4 billion. Cancel order!

Trump's tweet come close on the heels of the aerospace giant's chief executive Dennis Muilenburg expressing concerns on the anti-trade rehtoric voiced by Trump. Trump has vowed to withdraw fromt the Trans-Pacific Partenrship. He has also slammed the North American Free trade Agreement in the past for draining American jobs.

About 75 percent of the planemaker’s near-record order backlog is bound for overseas customers, The Chicago Tribune reported.

When Boeing was first asked to do the job in January 2015, the cost of converting two 747-8 jumbo jets to state-of-the-art luxury command centers by 2024 was estimated $3 billion.

The light blue and white liveried jets, with  "United States of America" emblazoned on the fuselage and an American flag on the tail, are known to be a powerful symbol of US might.

But the current  747-200s, first ordered by Ronald Reagan and put into service in 1990, are reported to be getting old.

The country’s Air Force issued the first of a series of contracts for the project to build new ones, beginning this year.

It, however, was a $25.7 million effort to look at ways to cut the costs of fielding the next presidential aircraft, news agency AFP reported.

But the cost projections have reportedly risen.

"I think Boeing is doing a little bit of a number. We want Boeing to make a lot of money, but not that much money," the president-elect told reporters at Trump Tower, his Manhattan headquarters, AFP reported.

"We are currently under contract for $170 million to help determine the capabilities of these complex military aircraft that serve the unique requirements of the President of the United States," Boeing said in statement, not referring to Trump’s comments directly, AFP reported.

"We look forward to working with the US Air Force on subsequent phases of the program allowing us to deliver the best planes for the president at the best value for the American taxpayer," Boeing said.

Following Trump’s comments, the White House said that it does not know where Trump got his figure of more than $4 billion from.

"Some of the statistics that have been cited, shall we say, don’t appear to reflect the nature of the financial arrangement between Boeing and the Department of Defense," White House spokesman Josh Earnest told reporters.

(WION with inputs from AFP and Reuters)