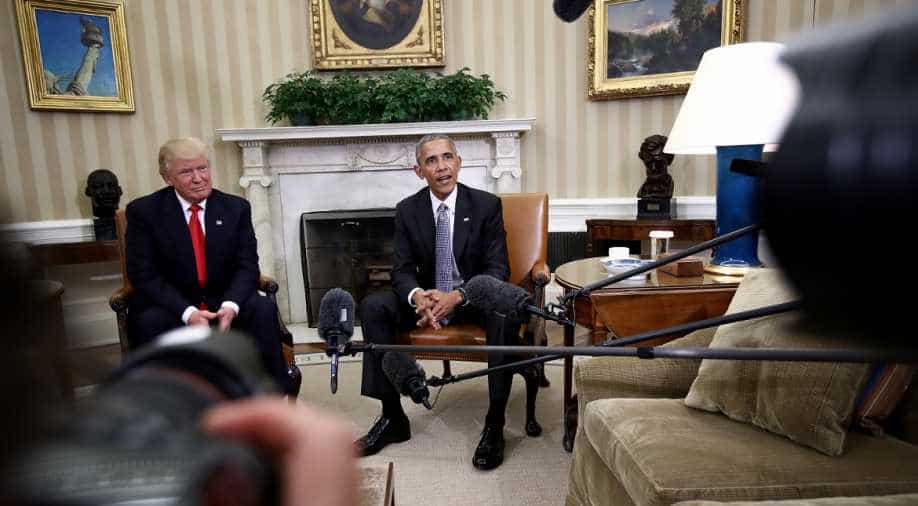 The Trump administration has been criticized for a delayed response to the outbreak and a lack of organization in providing tests and medical supplies.

The United States President Donald Trump on Sunday dismissed his predecessor Barack Obama as “grossly incompetent,” a day after former President said leaders weren’t “even pretending to be in charge” amid the coronavirus pandemic.

Also read: A lot of them aren’t even pretending to be in charge: Obama attacks Trump administration

“We did a lot of terrific meetings, tremendous progress is being made on many fronts, including coming up with a cure for this horrible plague that has beset our country,” he said.

“Look, he (Barack Obama) was an incompetent president. That’s all I can say. Grossly incompetent," Trump said.

Earlier on Saturday, Former US President Barack Obama attacked the Trump administration’s handling of the Covid-19 pandemic, stating that many of the country’s leaders “aren’t even pretending to be in charge”, media reports said.

''Let’s be honest, a disease like this just spotlights the underlying inequalities and extra burdens that black communities have historically had to deal with in this country. We see it in the disproportionate impact of Covid-19 on our communities,'' Obama was quoted as saying.

''More than anything, this pandemic has fully, finally torn back the curtain that so many of the folks in charge know what they’re doing. A lot of them aren’t even pretending to be in charge,'' he said.

The US is the worst-hit country by the deadly contagion with at least 1,484,804 numbers of confirmed cases of coronavirus and over 89,399 fatalities.

In April, 20.5 million Americans lost their jobs and unemployment was at 14.7 per cent.

The Trump administration has been criticized for a delayed response to the outbreak and a lack of organization in providing tests and medical supplies.