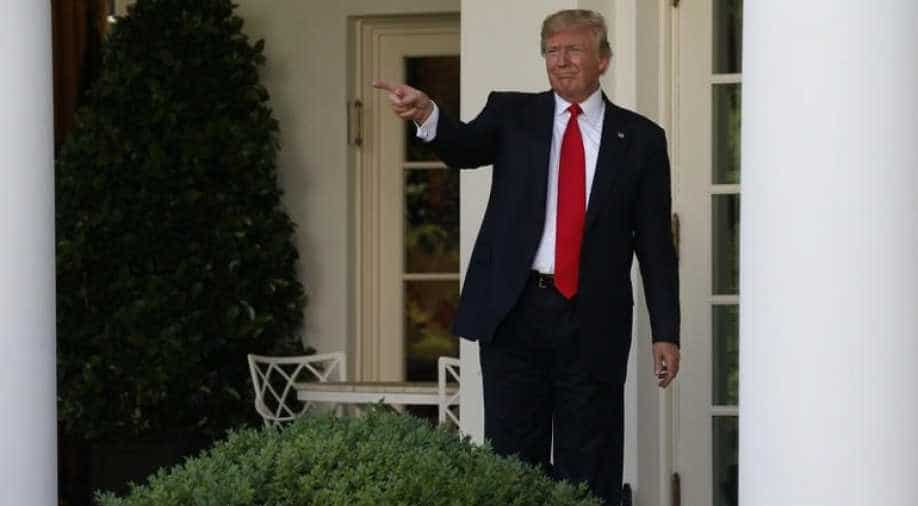 President Donald Trump's administration has asked the US Supreme Court to reinstate its controversial ban on travelers from six Muslim nations. Photograph:( AFP )

President Donald Trump's administration asked the US Supreme Court on Thursday to reinstate its controversial ban on travelers from six Muslim majority nations despite repeated setbacks in the lower courts.

"We have asked the Supreme Court to hear this important case and are confident that President Trump's executive order is well within his lawful authority to keep the nation safe and protect our communities from terrorism," justice department spokeswoman Sarah Isgur Flores said following the government's filing with the High Court.

"The president is not required to admit people from countries that sponsor or shelter terrorism, until he determines that they can be properly vetted and do not pose a security risk to the United States," the justice department spokeswoman added.

The Trump administration's filing came just one week after the Fourth Circuit Court of Appeals ruling dealt a fresh blow to the government's effort.

The court said it "remained unconvinced" that the part of the measure naming the specific countries -- Iran, Libya, Somalia, Sudan, Syria and Yemen -- had "more to do with national security than it does with effectuating the president's promised Muslim ban."

It added that it was unclear whether the government's security concerns outweighed the plaintiffs' concerns about discrimination.

"The stakes are indisputably high: the court of appeals concluded that the president acted in bad faith with religious animus when, after consulting with three members of his cabinet, he placed a brief pause on entry from six countries that present heightened risks of terrorism," the government's filing read.

"The court's decision creates uncertainty about the president's authority to meet those threats as the Constitution and acts of Congress empower and obligate him to do."

Trump issued his initial travel ban by executive order in January, but that measure -- which banned entry to nationals from seven countries for 90 days and suspended the nation's refugee program for 120 days -- was quickly halted by the courts.

A revised executive order announced in March, meant to address the issues raised by the federal judges, deleted Iraq from the list and removed an indefinite ban on Syrian refugees.

It earned widespread scorn nevertheless, including from human rights activists and states led by Democrats.

A district court judge in Maryland issued a nationwide block on the ban's core provision concerning travel from the shortlist of countries, sending the issue to the Fourth Circuit.

Given the case's high-profile nature, the full appeals court in Richmond heard the arguments -- bypassing the usual initial three-judge panel -- for the first time in a quarter of a century.

Thirteen of the court's 15 active judges took part. Two recused themselves over potential conflicts of interest.