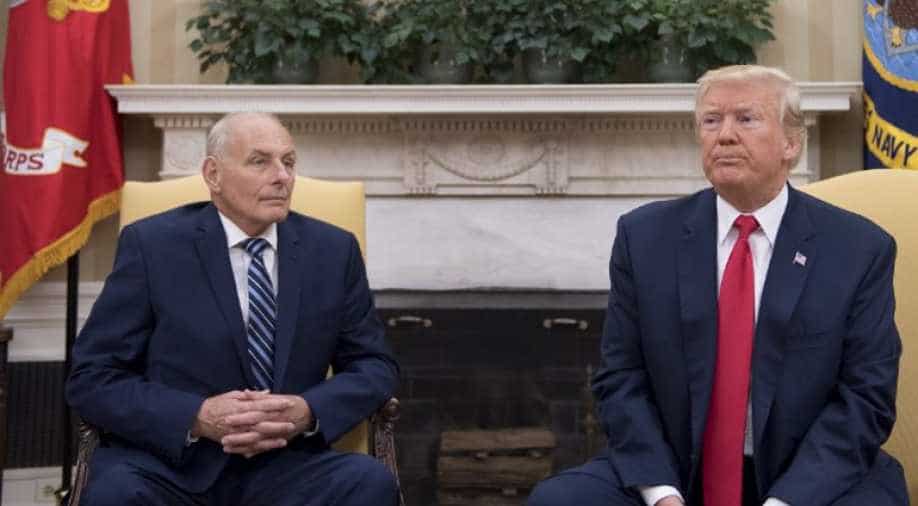 John Kelly told the lawmakers he had persuaded Trump that the wall was not necessary. Photograph:( AFP )

Donald Trump's chief of staff has said the president was not "fully informed" when he pledged last year to build a wall along the border with Mexico, the New York Times reported late last night.

Retired General John Kelly's remarks were a rare departure from the president on one of the core issues that defined his upstart run for the presidency.

Kelly made the comments to members of the Congressional Hispanic Caucus, the Times said.

He told the lawmakers he had persuaded Trump the wall was not necessary and that the president's opinion on the once-sacred barrier had "evolved."

Kelly was brought in as chief of staff six months ago in a bid to put order to the command center of Trump's chaotic presidency.

The Times said that in publicly differing with Trump, Kelly appears to be saying he thinks "that it is his job to tutor a sometimes ill-informed president who has never served in public office before".