Trump administration will not invoke control of National Guard amid protests: Advisor 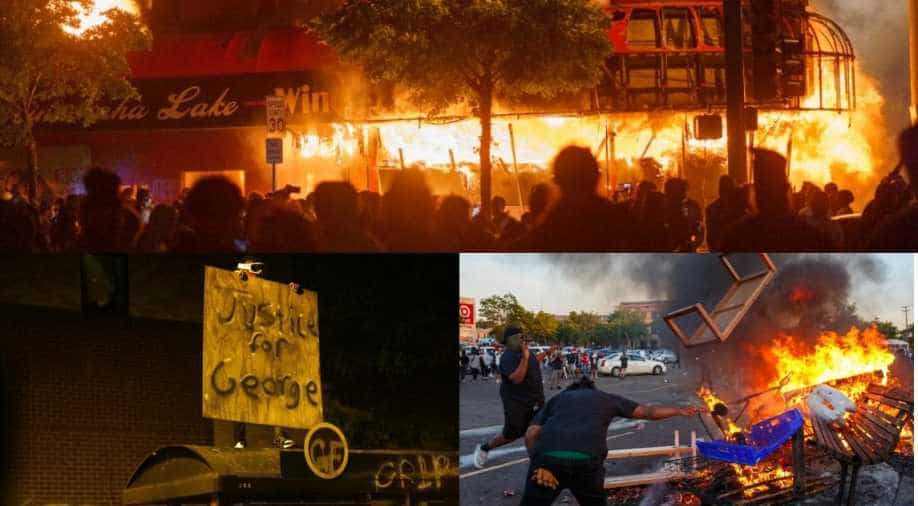 A collage of protests in Minneapolis, US Photograph:( AFP )

"We'll do whatever the governors or mayors need to keep control of their cities," he added.

National Security Advisor Robert O’Brien on Sunday said that Trump administration will not request federal authority over the National Guard for now as the protests against George Floyd's death in many American cities have turned violent.

"We're not going to federalize the Guard at this time. But, if necessary, we have further military assets that can be deployed ... if the governors and the mayors need it and they can't get control of the situation," O'Brien told reporters at the White House, saying law enforcement decisions should rest with governors and mayors.

"We'll do whatever the governors or mayors need to keep control of their cities," he added.

Protests broke out in several cities after an unarmed black guy (George Floyd) was killed after a police officer knelt on the victim's neck. George kept gasping to breathe, he kept on telling them that he couldn't breathe.

The National Guard said in a statement on Sunday said 5,000 of its soldiers and airmen had been activated in 15 states and Washington, D.C., but that "state and local law enforcement agencies remain responsible for security."

Additional 2,000 National Guards are ready to be dispatched if needed.

As unrest continued into the early hours of Sunday, at least 25 cities across 16 states -- including Atlanta, Denver, Los Angeles, Minneapolis, San Francisco and Seattle -- have imposed curfews.