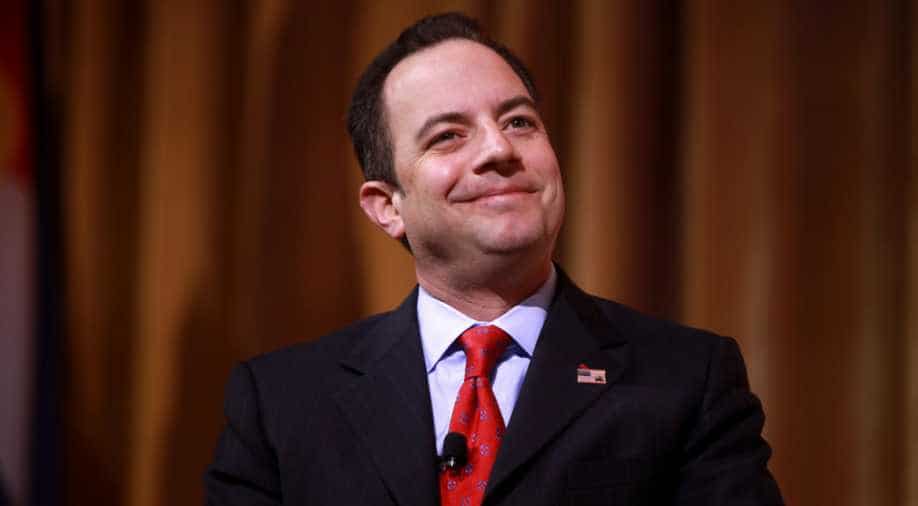 'The point is not the crowd size. The point is the attacks and the attempt to delegitimise this president in one day. And we're not going to sit around and take it,' Priebus said. (Source: Gage Skidmore, Flickr) Photograph:( Others )

The White House vowed on Sunday to fight the news media "tooth and nail" over what officials see as unfair attacks on President Donald Trump, setting a tone that could ratchet up a traditionally adversarial relationship to a new level of rancour.

A day after the Republican president used his first visit to CIA headquarters on Saturday to accuse the media of underestimating the crowds at his inauguration, White House Chief of Staff Reince Priebus expressed indignation at the reports and referred to them as "attacks".

"The point is not the crowd size. The point is the attacks and the attempt to delegitimize this president in one day. And we're not going to sit around and take it," Priebus said on "Fox News Sunday".

Priebus complained about a press pool report that said the bust of Martin Luther King Jr had been removed from the Oval Office. The report on Friday night was quickly corrected but Trump called out the reporter by name at the Central Intelligence Agency on Saturday, as did spokesman Sean Spicer later in the day.

"We're going to fight back tooth and nail every day and twice on Sunday," Priebus said.

The chief of staff also repeated Spicer's accusations that the media manipulated photographs of the National Mall to show smaller crowds at Friday's inauguration. Aerial photographs showed the crowds for Trump's inauguration were smaller than in 2009, when Barack Obama, the nation's first black president, was sworn in.

"The Party told you to reject all evidence of your eyes and ears. It was their final, most essential command."
-- George Orwell, 1984 pic.twitter.com/So9fR7mnkY

The unexpectedly high turnout for Saturday's Woman's March on Washington outpaced the inauguration turnout. The Washington subway system reported 275,000 rides of as of 11 am (1600 GMT) on Saturday.