Tropical Storm Zeta forms, expected to be hurricane by Tuesday 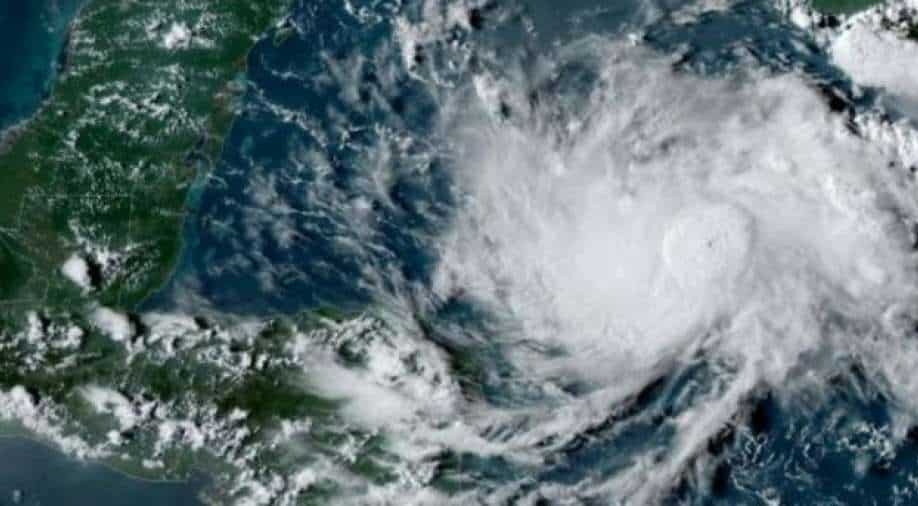 Zeta would be the 11th named storm to make landfall in the continental US this season, which is the most in one year.

Tropical Storm Zeta, which strengthened Sunday morning in the Caribbean Sea, is set to enter the Gulf of Mexico in a few days.

It is forecast to strengthen and to become a hurricane by early Tuesday. It is expected to come ashore in Louisiana by the middle of the week.

It is the 27th named storm of the 2020 Atlantic Hurricane season -- even with 2005 as the most active hurricane season on record, according to the National Weather Service.

It will make another record if it makes landfall in Louisiana -- it would become the fifth named storm to do so this year. The previous landfalls were Cristobal, Laura, Marco, and Delta.

Also, it would tie the record for most landfalls in any state for a season (Florida in 2005).

Zeta currently has sustained winds of 40 mph and is moving north at only 1 mph. The storm is about 295 miles southeast of Cozumel.

"While the current NHC forecast indicates that the system should weaken below hurricane strength before landfall, users are reminded that strong tropical storms can still produce significant storm surge, rainfall, and wind impacts along the northern Gulf Coast" the National Hurricane Center said Sunday.

Zeta also would be the 11th named storm to make landfall in the continental US this season, which is the most in one year.