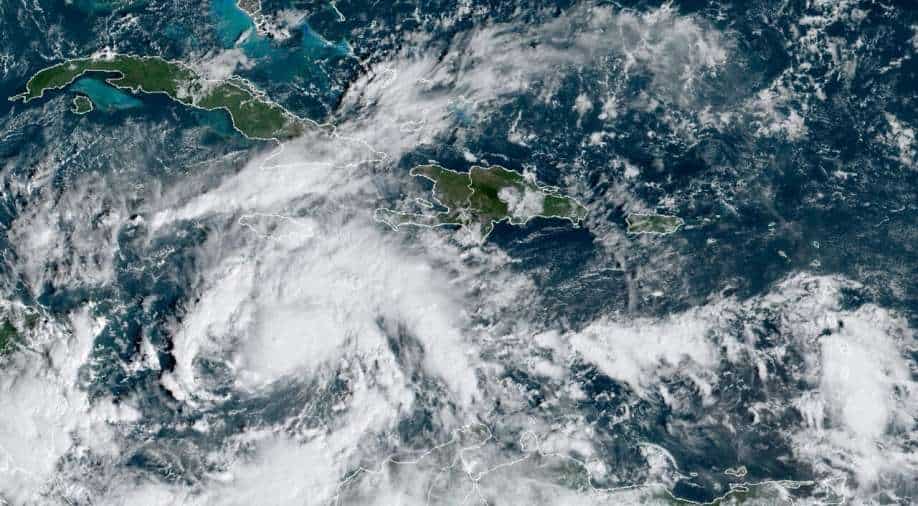 Nicaragua`s government has issued a hurricane warning from the Honduras-Nicaragua border to Sandy Bay Sirpi. Honduras has put out a tropical storm warning from Punta Patuca to the border with Nicaragua.

Tropical Storm Eta Sunday gathered force over the Caribbean and was expected to make landfall in a few days as a Category One hurricane.

It is now expected to unleash heavy rain and hurricane-strength winds early next week in Nicaragua and Honduras.

The US National Hurricane Center (NHC) said the storm is forecast to strengthen over the coming two days and make contact with the northeast coast of Nicaragua and eastern Honduras on Tuesday.

To this end, Nicaragua`s government has issued a hurricane warning from the Honduras-Nicaragua border to Sandy Bay Sirpi. Honduras has put out a tropical storm warning from Punta Patuca to the border with Nicaragua.

The storm is expected to make landfall over northeastern Nicaragua at dawn on Tuesday before wringing itself out as it sweeps inland over Honduras.

"The winds could reach 120 kilometers an hour (75 miles per hour) before impact at some point between Cabo Gracias a Dios" -- on the border with Honduras -- "and the city of Bilwi," the main town in Nicaragua's northern Caribbean region, Baca said.

Latest projections forecast Eta will by then be a Category 1 hurricane on the five-step Saffir-Simpson scale, blowing winds of up to 85 miles per hour (137 kilometers per hour).

Through Thursday evening, downpours from Eta may cause flooding in parts of Jamaica, the Cayman Islands and Central America, and potentially landslides. Heavy rains and significant coastal storm surges are expected in Nicaragua and Honduras.

The head of the national System for Disaster Prevention, Guillermo Gonzalez, said families living in the Miskito Cays off Nicaragua's northeastern coast were being evacuated.

El Salvador is also keeping a watchful eye on Eta, and the government has warned of heavy rains throughout the country.

Authorities in Costa Rica have also declared a rain alert.