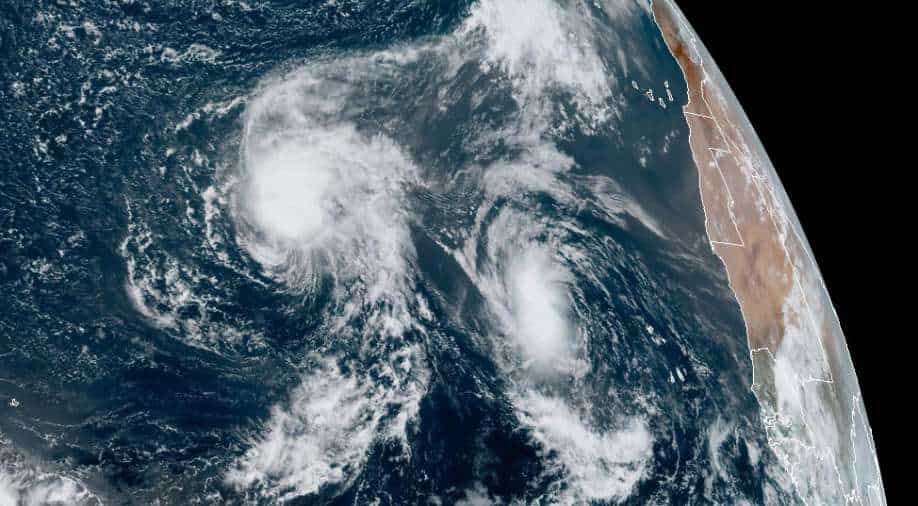 Tropical Storm Eta has formed in the Caribbean, tying the historic 2005 season for total number of storms in a season.

By early Tuesday, the storm is forecast to hit the northeast coast of Nicaragua near the Honduran border, the NHC said. By then, Eta is due to have strengthened into a hurricane and could be packing winds of up to 90 miles per hour (145 kph).

The Miami-based NHC said that through Thursday evening, Eta`s rains may lead to flooding across parts of Jamaica, the Cayman Islands and Central America. That in turn could spark landslides in areas of higher terrain, it added.

The southern fringe of the island of Hispaniola could also face floods, depending the storm`s progress, the center said.

A hurricane watch has been issued for portions of the northeastern coasts of Nicaragua and Honduras, the forecaster said.

This is the first time the Greek letter Eta is being used as a storm name because in 2005, after the season ended meteorologists went back and determined there was a storm that should have gotten a name, but didn't.

Hurricane season still has a month to go, ending November 30.