Tropical Storm Barry to hit Louisiana may develop into hurricane: US weather forecaster 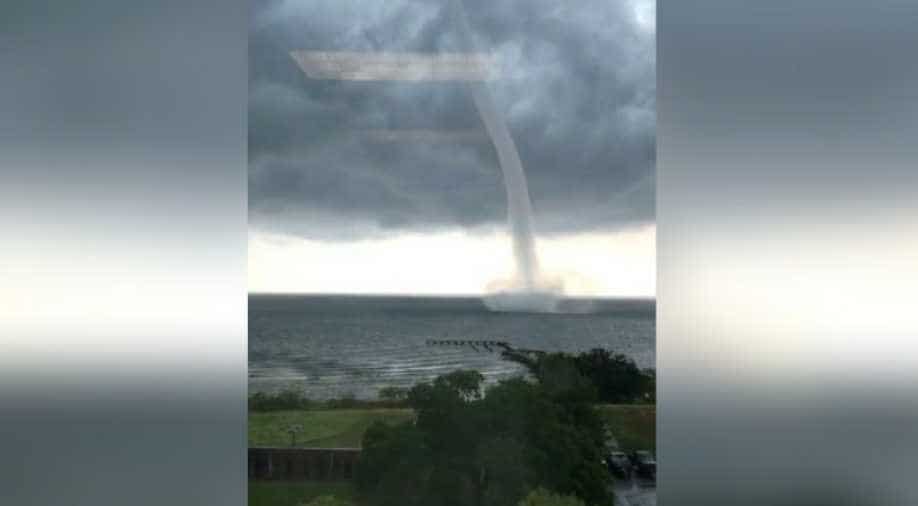 A waterspout is seen on Lake Pontchartrain off New Orleans, Louisiana, US Photograph:( Reuters )

The storm, about 140 miles southeast of Morgan City, Louisiana, is packing maximum sustained winds of 50 miles per hour

Tropical storm Barry could strengthen into a hurricane by Friday night or early Saturday when the centre is near the coast of Louisiana, the US National Hurricane Center (NHC) said.

The storm, about 140 miles (220 km) southeast of Morgan City, Louisiana, is packing maximum sustained winds of 50 miles per hour (85 km per hour), the NHC said.

Meteorologists predicted between 10 and 20 inches (25-50 cm) of rain along much of the Gulf Coast on Friday and Saturday.

A tropical storm warning was posted on Thursday afternoon for metropolitan New Orleans, and a hurricane warning for a stretch of the Louisiana coast south of the city. The weather service later reported winds increasing to 45 mph (72 kph), with higher gusts.

The storm swiftly disrupted oil and gas operations along the Gulf, as energy companies halted production on more than half of the region's petroleum output and evacuated nearly 200 offshore facilities and a coastal refinery.

With the brunt of the storm expected to skirt the western edge of New Orleans instead of making a direct hit, city officials ordered evacuations.