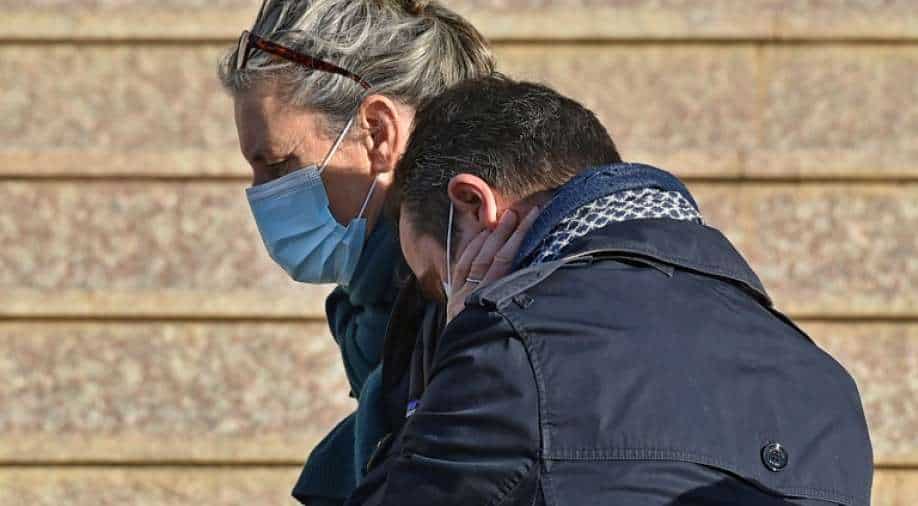 Just one of the alleged kidnappers of 55-year-old mountain guide instructor Herve Gourdel was in court for the trial -- the other seven are being tried in absentia.

The trial of a case pertaining to the 2014 kidnapping and beheading of a French mountaineer claimed by a jihadist faction affiliated to the Islamic State group opened before an Algiers court Thursday.

Just one of the alleged kidnappers of 55-year-old mountain guide instructor Herve Gourdel was in court for the trial -- the other seven are being tried in absentia.

Members of Gourdel's family, including his partner Francoise Grandclaude, were in the public gallery.

The main defendant Abdelmalek Hamzaoui was brought to court by ambulance in a wheelchair accompanied by a medical team and watched over by police special forces.

At the request of defence lawyers, the trial opening had been delayed for two weeks because of his ill health.

Hamzaoui could face the death penalty if convicted.

Six other defendants in court are accused of failing to inform authorities promptly of Gourdel's abduction.

Five were Gourdel's climbing companions and spent 14 hours in captivity along with him.

The sixth is accused of failing to promptly report the theft of his car by the kidnappers to transport the captive Frenchman.

All six face up to five years in prison if they are found guilty.

Gourdel's murder sparked outrage in both France and Algeria.

The adventure enthusiast had travelled to Algeria at the invitation of his climbing companions to try out a new climb.

His kidnappers from the Jund al-Khilafa (Soldiers of the Caliphate) group demanded an end to air strikes against the Islamic State group in Iraq and Syria by a US-led coalition that included France.

Three days after abducting him, they released grisly video footage of his beheading.

Gourdel's body was not recovered until January the following year after an operation involving some 3,000 Algerian troops.