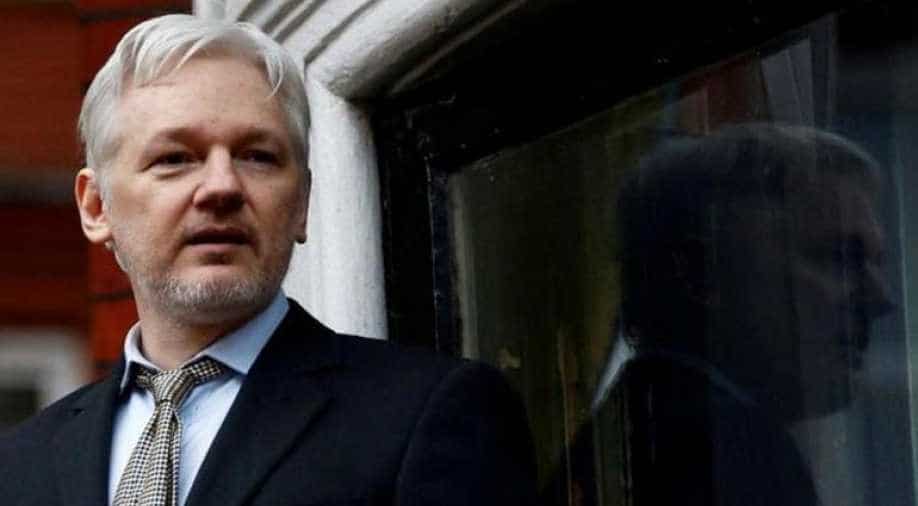 Assange is facing the extradition request by the US over charges he violated the US Espionage Act.

The treatment of WikiLeaks founder Julian Assange, who is facing the threat of extradition from Britain to the US on espionage charges, is putting his life "at risk", an independent UN rights expert said Friday.

"Unless the UK urgently changes course and alleviates his inhumane situation, Mr. Assange's continued exposure to arbitrariness and abuse may soon end up costing his life," the UN special rapporteur on torture and other cruel, inhuman or degrading treatment, Nils Melzer, said in a statement.

Melzer, who visited the 48-year-old Australian whistleblower in a London prison on May 9, nearly a month after his arrest at Ecuador's embassy where he had been holed up for seven years, has previously warned he was being subjected to drawn-out "psychological torture".

A spokesperson told AFP that the independent expert, who does not speak on behalf of the United Nations, had not met Assange since then but had received "updates" about his condition.

Friday's statement warned that Assange's health had continued to deteriorate since his arrest, stressing that "his life was now at risk."

In the statement, Melzer pointed out that in May he had demanded immediate measures to protect the WikiLeaks founder's health and dignity.

"However, what we have seen from the UK Government is outright contempt for Mr Assange’s rights and integrity," he said.

"Despite the medical urgency of my appeal, and the seriousness of the alleged violations, the UK has not undertaken any measures of investigation, prevention and redress required under international law," he charged.

Assange "continues to be detained under oppressive conditions of isolation and surveillance, not justified by his detention status," he said.

His statement pointed out that Assange had completed his prison sentence for violating his British bail terms in 2012 and was now "being held exclusively in relation to the pending extradition request from the United States."

Assange is facing the extradition request by the US over charges he violated the US Espionage Act by publishing a huge cache of military and diplomatic files in 2010.

"While the US Government prosecutes Mr. Assange for publishing information about serious human rights violations, including torture and murder, the officials responsible for these crimes continue to enjoy impunity," Melzer said.

He also decried that "despite the complexity of the proceedings against him led by the world’s most powerful Government, Mr. Assange's access to legal counsel and documents has been severely obstructed."

This, he said, had effectively undermined "his most fundamental right to prepare his defence."

In his appeal, Melzer urged London to bar Assange's extradition to the US, and demanded that "he be promptly released and allowed to recover his health and rebuild his personal and professional life."