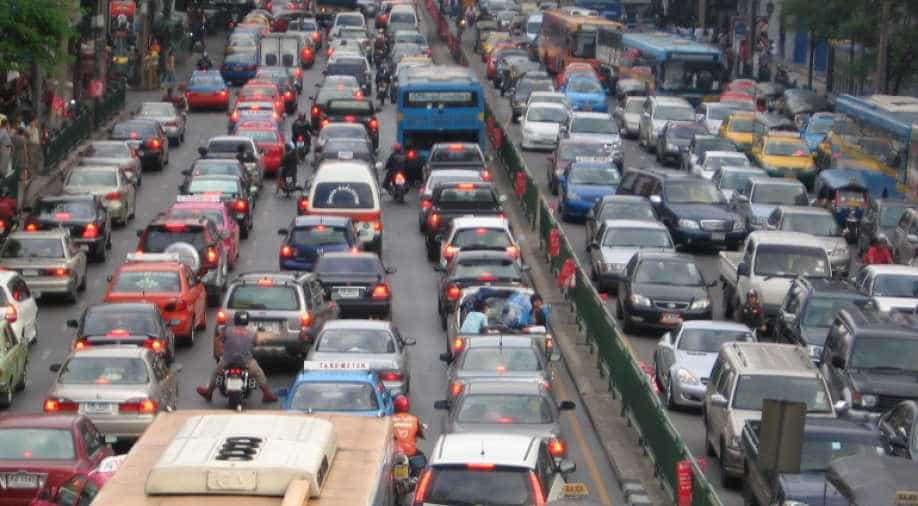 The police said that they have now scrubbed off his markings and the junction once again looks as it did before this incident. Photograph:(Others)
Follow Us

A Chinese man fed up with sitting in traffic during his daily bus commute came up with a brazen way of solving the problem -- repainting the lines on the road.

The man, identified only by his surname Cai, was seen in surveillance footage painting his own arrows at a junction in the eastern city of Lianyungang to redirect the traffic as cars manoeuvre past him, the regional Modern Express newspaper said.

Police in Jiangsu province fined the 28-year-old 1,000 yuan ($150) after he was spotted crouching in the middle of the busy road with a can of white paint, according to the paper.

"I take the bus to go home after work every day, passing by that place," Cai said in what appears to be a police video obtained and published by the newspaper.

"The traffic jam there is always pretty bad but I saw there are only a few cars in the lane that turns left so I just want to expand one driving lane by adding one straight arrow."

Authorities later ordered maintenance workers to remove Cai`s handiwork from the road, but police released him after finding him.

"Considering that you are still young and quite honest, we won`t detain you this time, understand?" a policeman is heard telling him in the video.