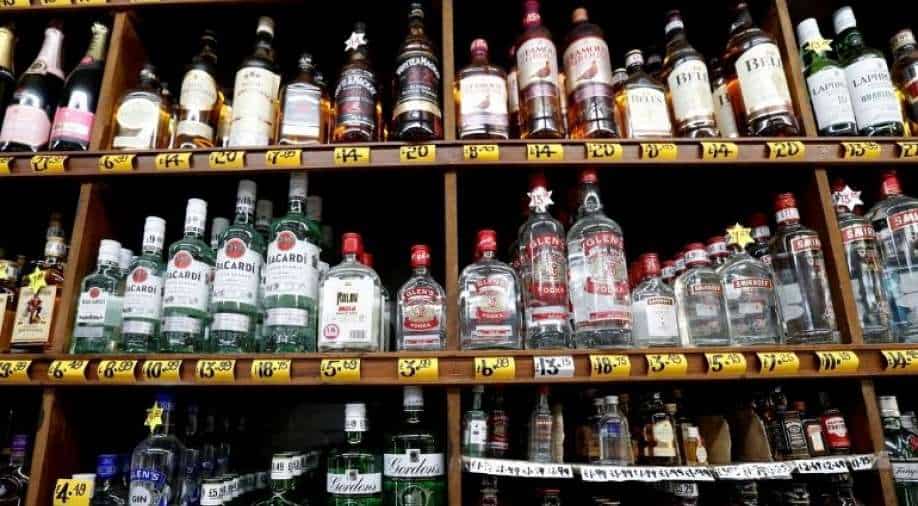 Bottles of alcoholic beverages are seen for sale in a shop in Glasgow, Scotland, Britain Photograph:( AFP )

The Wine and Spirit Trade Association has warned that the UK could face an alcohol shortage in the run-up to Christmas.

The association's CEO Miles Beale said ''There is mounting concern amongst our membership that unless urgent action is taken, we will fall deeper into delivery chaos.''

49 businesses have added their names to a letter to transport minister Grant Shapps calling on him to take urgent action over HGV driver shortages and freight disruption.

''The government acted quickly to tackle the challenges to our supply chains, which were brought on by global pressures including the pandemic and the international shortage of HGV drivers,'' said a Downing Street spokesperson.

“We are already seeing major delays on wine and spirit delivery times which is pushing up costs and limiting the range of products available to UK consumers. Government needs to be doing all it can to ensure British business is not operating with one hand tied behind its back over the festive season and beyond,” Beale said in the statement.

The WSTA said its members had reported that importing products was taking up to five times longer than it did a year ago, with businesses that had previously been able to fulfill orders in two to three days experiencing shipments taking 15 days to process.

It also noted that freight costs had increased by 7 per cent, as delivery firms have had to increase HGV drivers' wages to retain them.

The WSTA wants Shapps to extend a temporary visa scheme for HGV drivers from Feb. 28, 2022, to a minimum of one year, to ease the burden on industry and allow for a sufficient increase in domestic drivers.

It also wants his department to facilitate better routing of freight from ports and smaller UK-based driver networks for short-haul journeys.