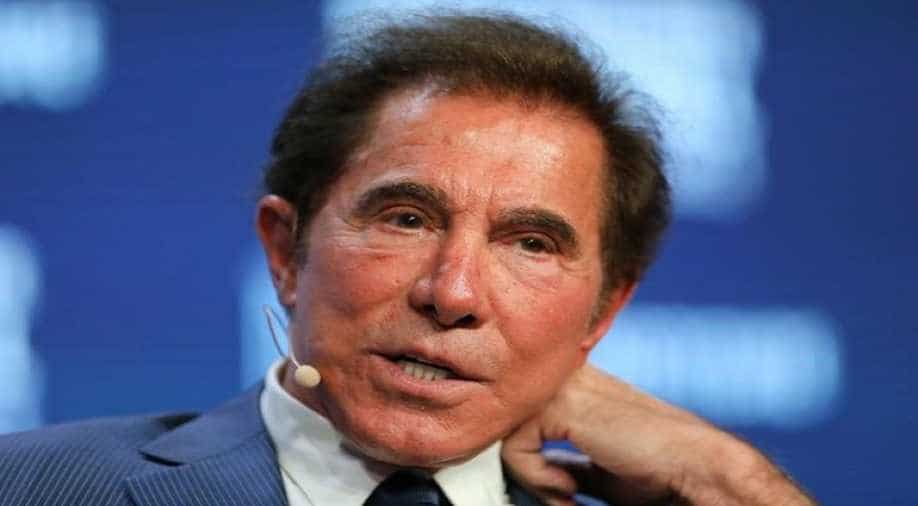 The billionaire has denied the accusations as "preposterous" and said they were instigated by his ex-wife to seek advantage in their divorce lawsuit. Photograph:( Reuters )

Las Vegas casino mogul Steve Wynn resigned as finance chairman of the Republican National Committee on Saturday (January 27), a day after the Wall Street Journal reported he routinely subjected women who worked for him to unwanted sexual advances.

The billionaire has denied the accusations as "preposterous" and said they were instigated by his ex-wife to seek advantage in their divorce lawsuit.

As recently as Friday (January 26) night, Wynn associates were insisting he would fight the charges and remain at the RNC.

Instead, he becomes the latest powerful man to pay a price for accusations of sexual misconduct in the United States.

Wynn, 76, the founder, chairman, and chief executive officer of Wynn Resorts Ltd, has been a prominent figure in the casino resort business and onetime rival of President Donald Trump.

After previously trying to stay nonpartisan, he threw his support behind Trump in the 2016 campaign and donated money to several Republican causes including the RNC.

He was named finance chairman of the committee after Trump became president.

The Wall Street Journal said former and current company staff members it interviewed had accused Wynn of creating a hostile work environment for women and of regularly pressuring employees to perform sex acts.