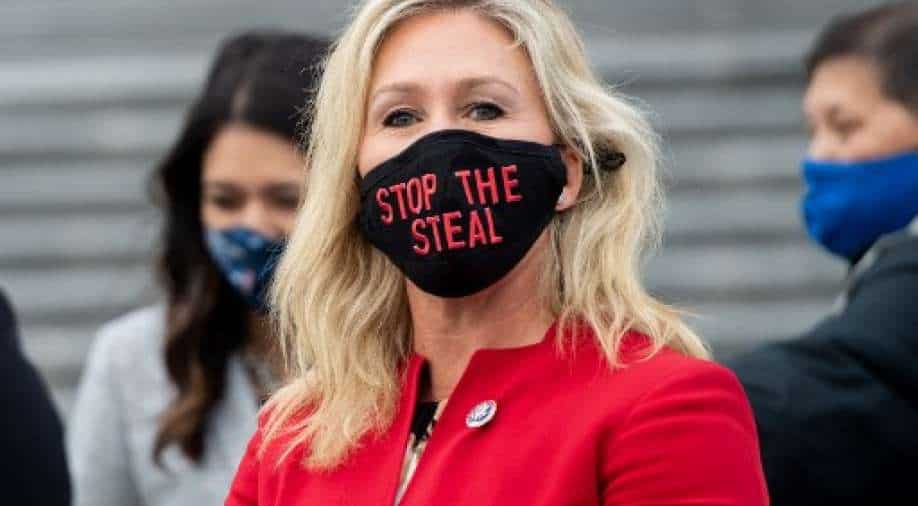 The challenge to Greene will continue Thursday, when House Democrats will call a vote of the full chamber to strip her of her committee assignments. McCarthy called it a “partisan power grab.”

After days of public silence and private agonizing over what to do about Greene — who has endorsed the executions of top Democrats, suggested that school shootings were staged and said that a space laser controlled by Jewish financiers started a wildfire — the minority leader, Rep. Kevin McCarthy of California, issued a tortured statement that harshly denounced her past statements, but then argued that she should face no consequences for them.

“Past comments from and endorsed by Marjorie Taylor Greene on school shootings, political violence, and anti-Semitic conspiracy theories do not represent the values or beliefs of the House Republican Conference,” McCarthy said.

The contortions over what to do about Greene came days after Sen. Mitch McConnell of Kentucky, the most powerful Republican in Washington, denounced her as a threat to his party and as more senators followed his lead.

The feuding played out behind closed doors well into Wednesday evening, as House Republicans debated stripping Rep. Liz Cheney of Wyoming, the chamber’s No. 3 Republican, of her leadership post, as a penalty for her vote to impeach President Donald Trump.

Cheney ultimately emerged victorious after a 145-61 secret ballot vote. The lopsided results also amounted to a vote of confidence in McCarthy, who delivered an impassioned closing speech, according to officials in the room. In the hourslong, often heated meeting, according to people familiar with the discussion, McCarthy stood by both Cheney and Greene, and stressed the importance of presenting a united front.

In his defense of Cheney, McCarthy told lawmakers that he wanted their leadership team to “stay together.” He reminded his colleagues that they elected him as their leader, and he asked them to let him lead by picking his team.

The challenge to Greene will continue Thursday, when House Democrats will call a vote of the full chamber to strip her of her committee assignments. McCarthy called it a “partisan power grab.”

He also warned that if they indulged the effort to strip Greene of her assignments, Democrats could try to target other Republicans, according to three people familiar with his comments, who insisted on anonymity to divulge the private exchange.