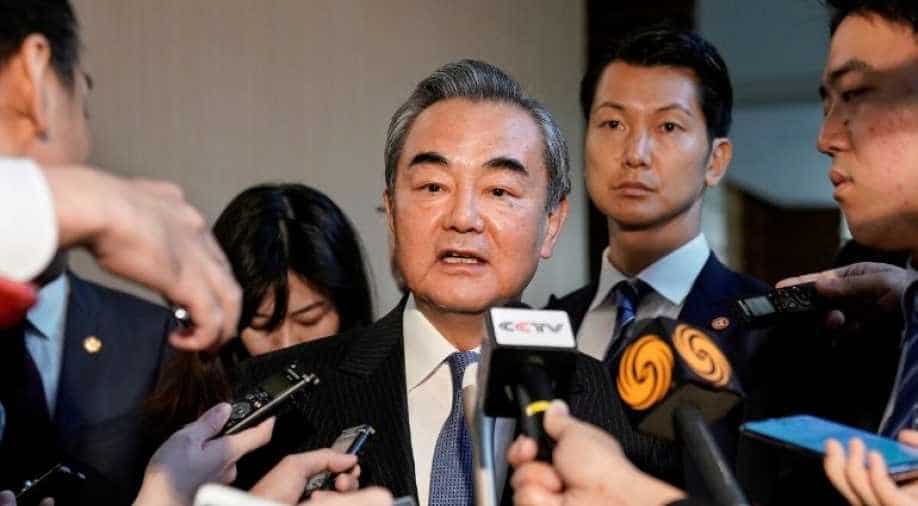 Yi last visited the South Korean capital for a trilateral meeting, also attended by Japan, in 2015

China's top diplomat arrived in Seoul on Wednesday, visiting South Korea for the first time in more than four years as the two countries seek to repair ties that soured over the deployment of US anti-missile systems in South Korea.

Yi last visited the South Korean capital for a trilateral meeting, also attended by Japan, in 2015.

A year later a row blew up over the planned sitting in South Korea of the US Terminal High Altitude Area Defence (THAAD) system, designed to intercept ballistic missiles.

Beijing said it upset the regional security balance as the system's powerful radar could penetrate into Chinese territory.

South Korea and the United States went ahead regardless, installing the anti-missile system in 2017, saying it was warranted because of North Korea's provocations.

North Korea has test-fired dozens of missiles since Moon Jae-in took office in 2017, most recently on the U.S Thanksgiving holiday last week.

South Korea sees China as instrumental in reviving stalled denuclearisation talks between the United States and North Korea, a longtime ally of Beijing.

Denuclearisation negotiations between North Korea and the United States have hit a stalemate after a day-long working-level meeting in October in Stockholm broke down.

North Korean leader Kim Jong Un has set an end-year deadline for Washington to reconsider its approach in denuclearisation negotiations after the last talks ended in disagreement. US officials have downplayed the deadline, calling it artificial.