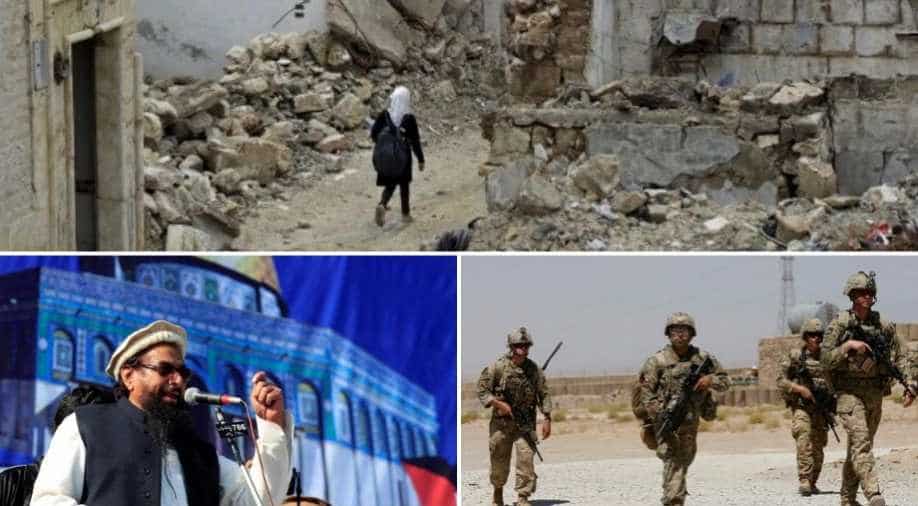 India, Pakistan and several other nations spied on by CIA through Swiss encryption firm

Encrypted messages from several countries were reportedly being read by the CIA for decades, including India, through its secretly-owned Switzerland-based company trusted by governments all over the world to keep the communications of their spies, soldiers and diplomats secret. Read more

Pakistan's Anti-Terrorism Court on Wednesday convicted UN-designated terrorist Hafiz Saeed in two terror-financing cases. The court sentenced Saeed for five-years and three-months while a fine of Rs 150,000 was also imposed on Jamaat-ud-Dawa chief in each case. Read more

Need some space? NASA has got the job for you

American astronauts are to ascend to the International Space Station – with an eye toward the Moon and Mars – as NASA announced that applications are being accepted from March 2 to 31 for the next class of Artemis Generation astronauts. Finalisation of candidates is to be completed by the middle of 2021. Read more

Duke of Sussex Prince Harry is reportedly entering talks with controversial banking giant Goldman Sachs. The alleged negotiations between Sachs and the British royals could earn the latter upwards of £1billion in corporate deals. Read more

The US and the Taliban appeared closer Wednesday to sealing a deal for an American troop withdrawal from Afghanistan, after Afghan President Ashraf Ghani reported "notable progress" in negotiations and a senior Taliban official said violence could be slashed in the coming days. Read more

An Iranian woman has died of a suspected coronavirus infection, the state daily newspaper IRAN reported on Wednesday, without citing any sources. Read more

In a bold move, Indonesia has barred the return of more than 600 of its citizens as they are believed to be fighters of the Islamic State in Iraq and Syria. Read more

Kremlin accuses Turkey of failing to 'neutralise terrorists' in Idlib

The Kremlin on Wednesday accused Turkey of failing to "neutralise terrorists" in Syria's last rebel bastion Idlib as tensions escalate with Ankara over the protracted conflict. Read more

Google is seeking to overturn the first of three hefty European Union antitrust fines at Europe's second-highest court in a landmark case that could determine how EU enforcers take on US tech giants for abuse of market power. Read more

Scientists have observed a mysterious space signal deep from space which has been repeating in a 16-day cycle.

The findings are included in the pre-print of a paper on arXiv. Read more