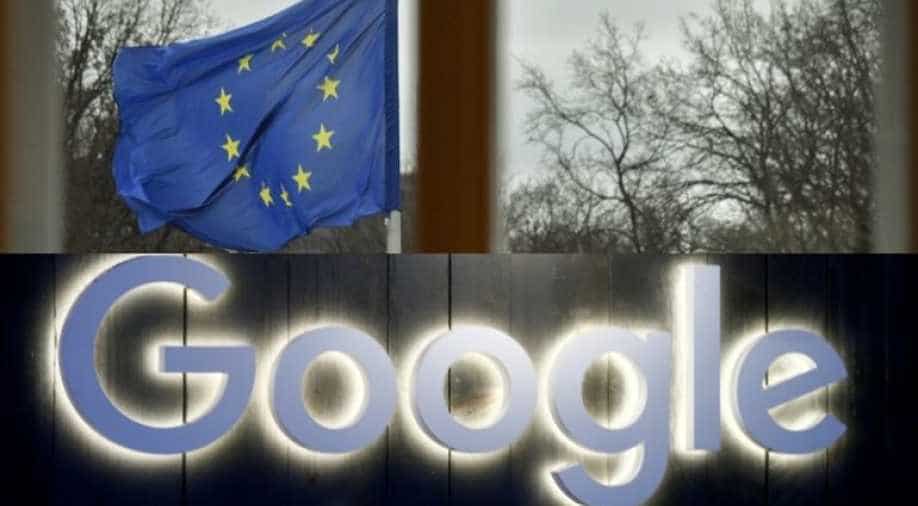 The EU has fined Google a total of 8.25 billion Euros in three separate cases, including one involving its Android smartphone operating system.

Google is seeking to overturn the first of three hefty European Union antitrust fines at Europe's second-highest court in a landmark case that could determine how EU enforcers take on US tech giants for abuse of market power.

The company will lay out its arguments against a 2.4 billion Euro fine handed out by the European Commission during a three-day hearing at the General Court. EU regulators said this penalty was for Google's favouring its price comparison shopping service to the disadvantage of smaller European rivals.

The EU has fined Google a total of 8.25 billion Euros in three separate cases, including one involving its Android smartphone operating system. This is four times more than its rival Microsoft's EU fines of 2.2 billion Euros. Both companies' regulatory troubles in Europe have lasted a decade.

Google is expected to launch a three-pronged attack against the Commission's 2017 decision which also included an order to treat competitors equally. "It is wrong on the law, the facts, and economics. Shopping ads have always helped people find the products they are looking for quickly and easily, and helped merchants to reach potential customers," Google said in a statement.

The key issue is whether self preferencing is anti-competitive and whether Amazon and eBay should be counted as Google's rivals.
For rivals, the case centres on Google's role as a central online gatekeeper.

"Google's search service acts as a de-facto kingmaker. If you are not found, the rest cannot follow. No company should be allowed to abuse such position to promote its services at the detriment of competitors and consumers alike," said lawyer Thomas Hoppner who advises clients who are critical of Google.

"The judgement will have repercussions for a large variety of industries that depend on a judicial ranking of their services on Google Search," he said. The court ruling is likely to come next year.

In the meantime, Margrethe Vestager in her new beefed-up role as Europe's digital chief will not be idle. She is set to announce several proposals in the coming months to rein in dominant US online groups amid push back by the United States and the companies.