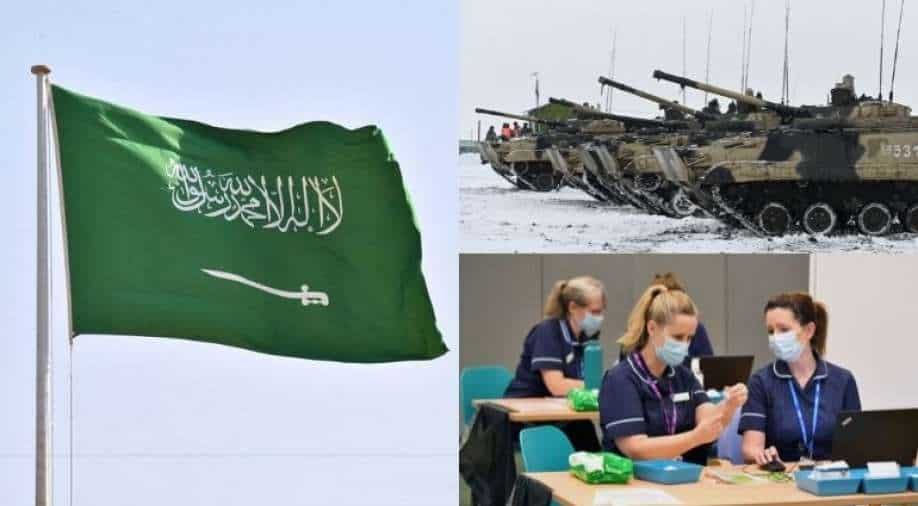 In this combination of images, Saudi Arabia's flag can be seen along with Russian BMP-3 infantry fighting vehicles and staff members at mass coronavirus vaccination centre at Epsom Race Course in Epsom, Surrey, Britain Photograph:( Agencies )

The symbolic green national flag of Saudi Arabia which depicts a sword and is inscribed with Islam’s creed as the birthplace of the faith is expected to undergo minor changes. North Korean leader Kim Jong Un's wife made her first public appearance in almost five months, state media reported on Wednesday. 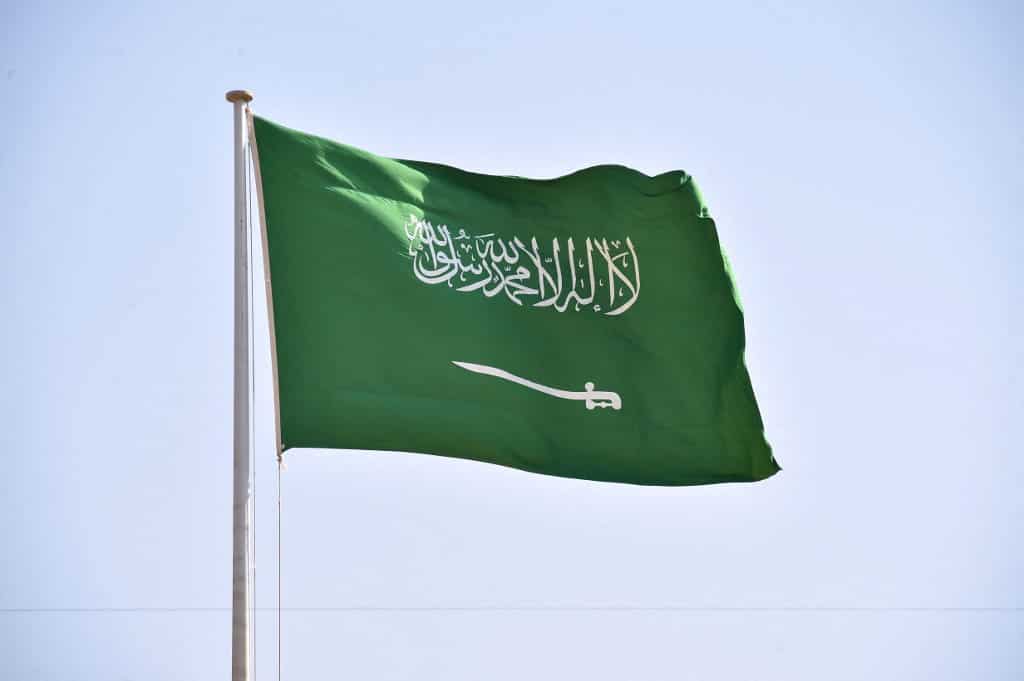 According to state media reports, the kingdom’s un-elected consultative Shura Council on Monday voted in favour of changes to the flag, emblem as well as national anthem, but not to their contents. 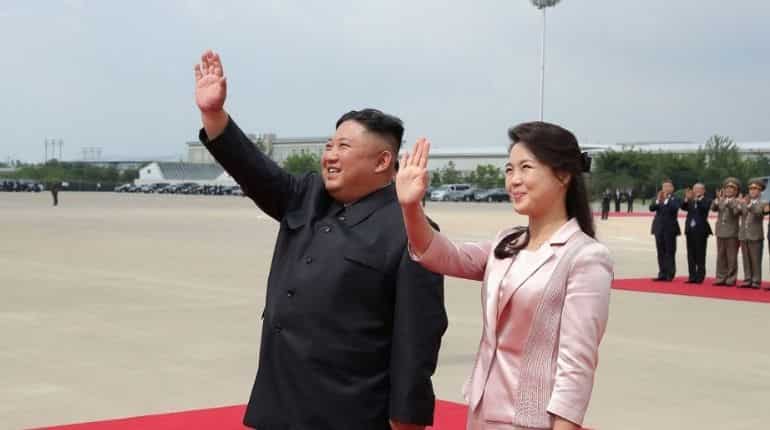 Ri Sol Ju, was seen with the North Korean leader at an art performance at the Mansudae Art Theatre in the capital, Pyongyang, celebrating the Lunar New Year holiday. 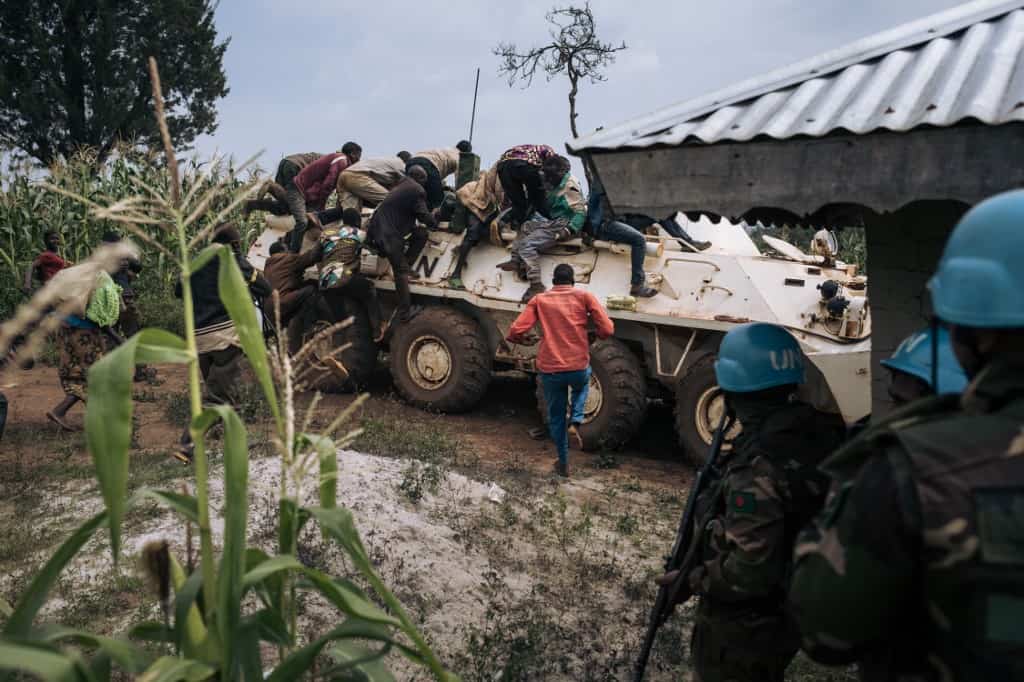 At least 60 people were killed in a militia attack early on Wednesday at a displaced persons` camp in eastern Democratic Republic of Congo, according to the head of a local humanitarian group and a camp resident. 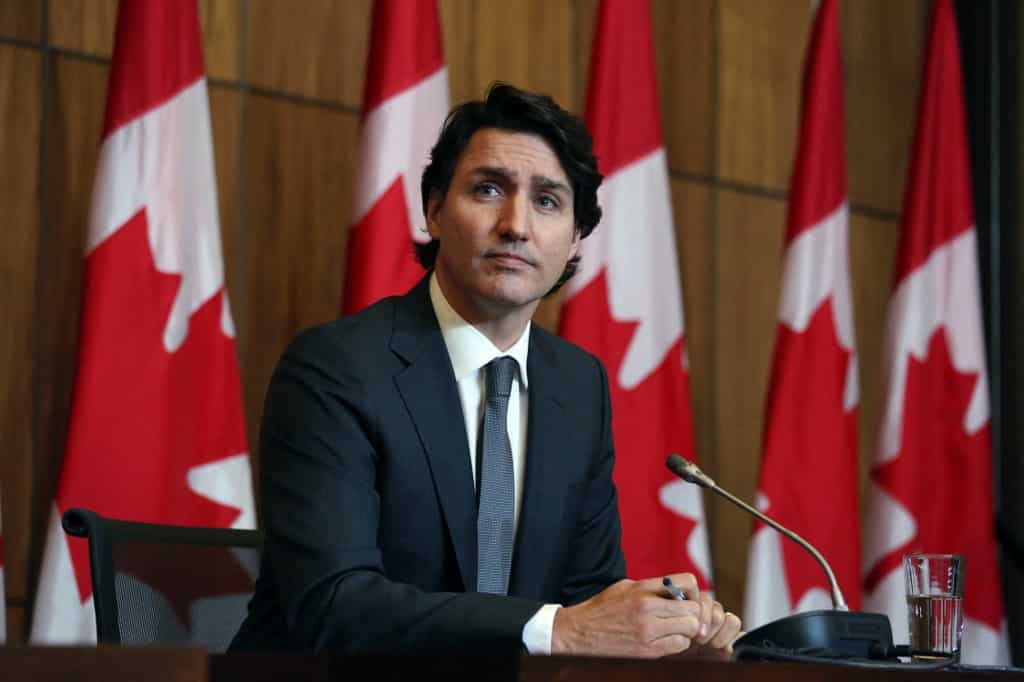 Quebec, the Canadian province is scrapping a plan to tax adults who refuse Covid vaccination. State's premier Francois Legault announced this on Tuesday saying that the idea was too divisive. 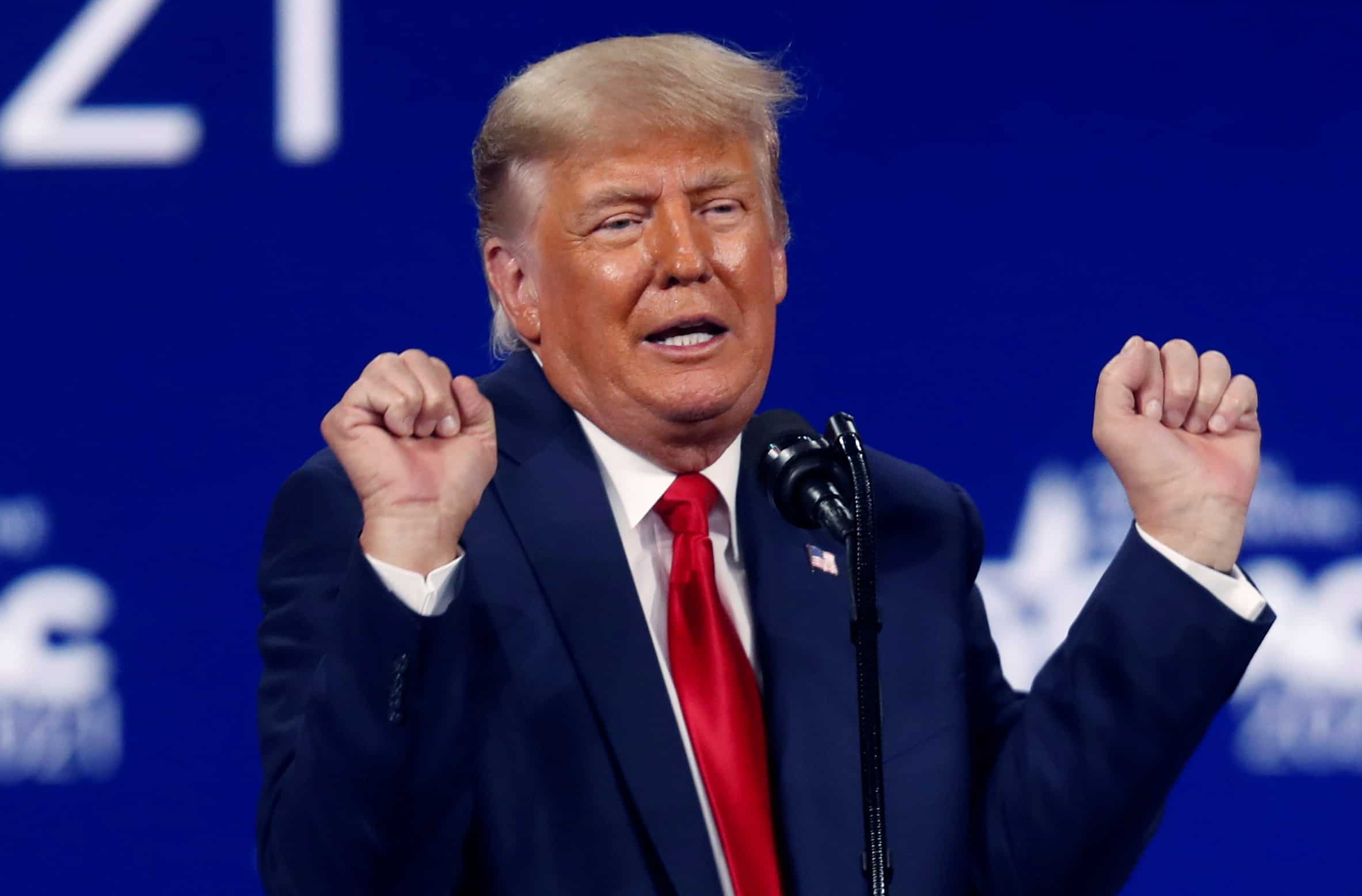 According to reports, the House Select Committee investigating the January 6, 2021 assault on Capitol Hill has received documents required for the probe, however, some documents handed over by the US national archives were found torn by the former president Trump.

Best out of waste: This company is transforming recycled face masks into phone chargers 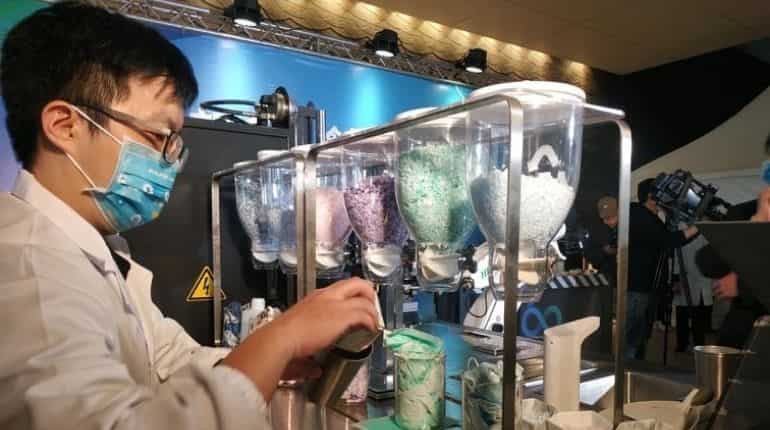 To achieve the goal of a circular economy, Taiwan's Fubon Financial Holding Co. and Miniwiz are transforming recycled face masks into phone chargers.

'Premature to declare victory' as highly infectious Omicron sub-variant found in 57 countries: WHO 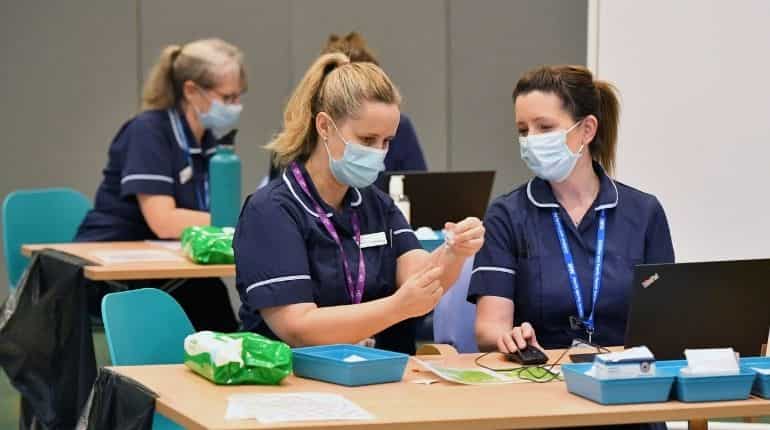 The World Health Organization (WHO) has warned over the sub-variant of the highly contagious Omicron variant of coronavirus (COVID-19). 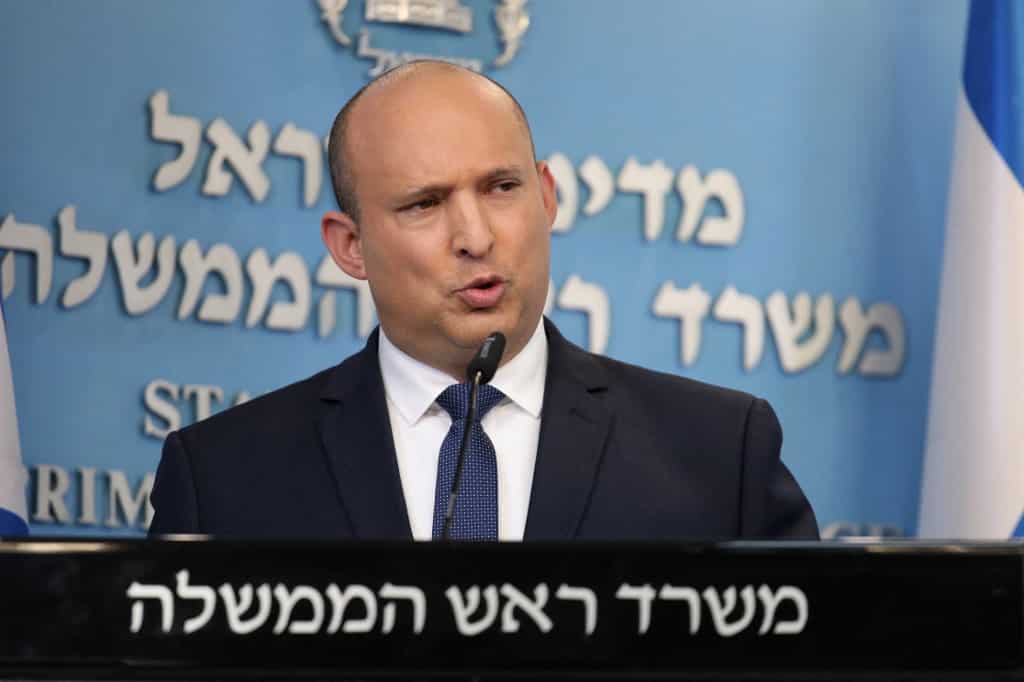 Amid continued threats from Hamas, Israel's Prime Minister Naftali Bennett said a "laser wall" will protect the country from rockets, missiles and UAVs.

From Vladimir Putin to Imran Khan: World leaders who will attend Beijing Olympics 2022 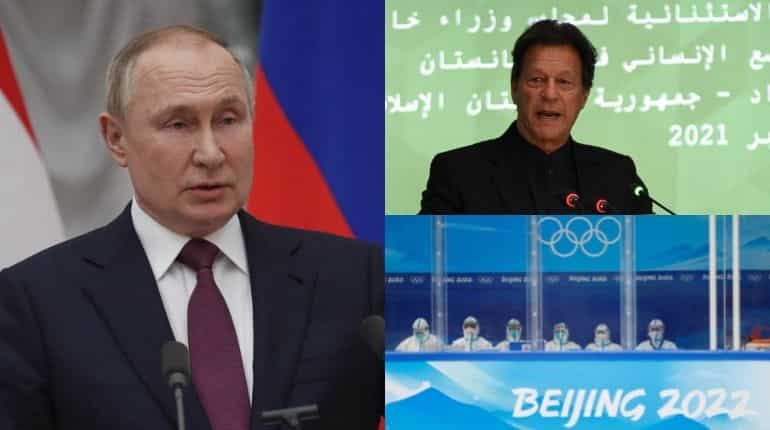 A diplomatic boycott of the Beijing Olympics over human rights in China and concerns about coronavirus have reduced the number of world leaders and foreign dignitaries attending the Games.