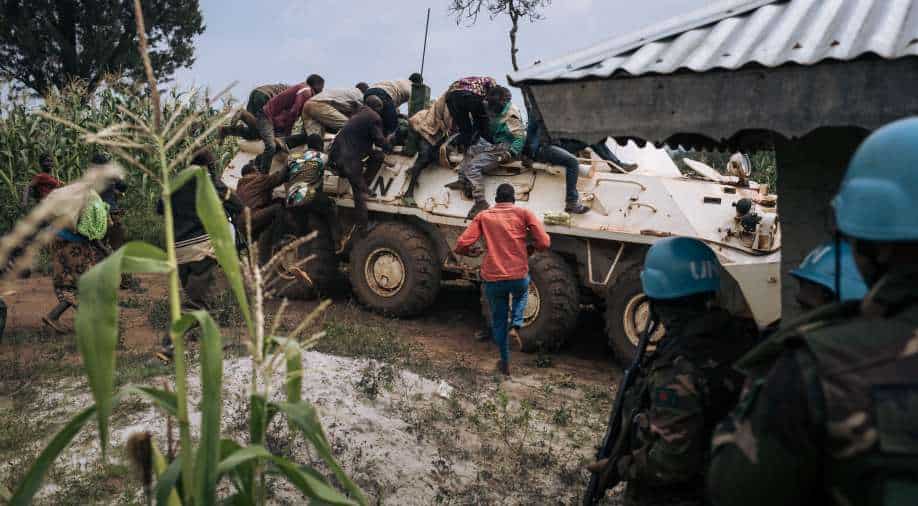 Congolese troops came into contact with the militia Tuesday night but the assailants changed direction and got past them to reach the camp, he said.

At least 60 people were killed in a militia attack early on Wednesday at a displaced persons` camp in eastern Democratic Republic of Congo, according to the head of a local humanitarian group and a camp resident.

Both sources told Reuters that the CODECO militia was responsible for the killings at about 0200 GMT at the Savo camp in Ituri province.

Ituri army spokesman Jules Ngongo confirmed the attack by CODECO and gave a provisional toll of about 20 dead.

Congolese troops came into contact with the militia Tuesday night but the assailants changed direction and got past them to reach the camp, he said.

CODECO is one of an array of militias operating in eastern Congo amid longstanding tensions over land and resources. Its fighters have killed hundreds of civilians in Ituri and forced thousands to flee their homes, according to the United Nations.

In recent months it has targeted displacement camps, where some people had settled after fleeing other attacks by CODECO.

"I first heard cries when I was still in bed. Then several minutes of gunshots. I fled and I saw torches and people crying for help and I realized it was the CODECO militiamen who had invaded our site," said Lokana Bale Lussa, a camp resident.

"We have counted more than 60 dead and (more) seriously injured," he said. "We really need security because we can`t access our farms and now we`re pursued even in our camps."

Charite Banza Bavi, president of the humanitarian group for the Bahema-North area, put the death toll at 63.

"Initial reports indicate that as many as 59 civilians were killed and a further 40 injured," the Norwegian Refugee Council (NRC) said in a statement. Two students at a school supported by the NRC were among the dead, it added, and the assailants had used both guns and machetes.

Before Wednesday, the NRC said, about 68 people had been killed in attacks on five different camps in the same area since November.

CODECO`s fighters are drawn mainly from the Lendu farming community, which has long been in conflict with Hema herders.