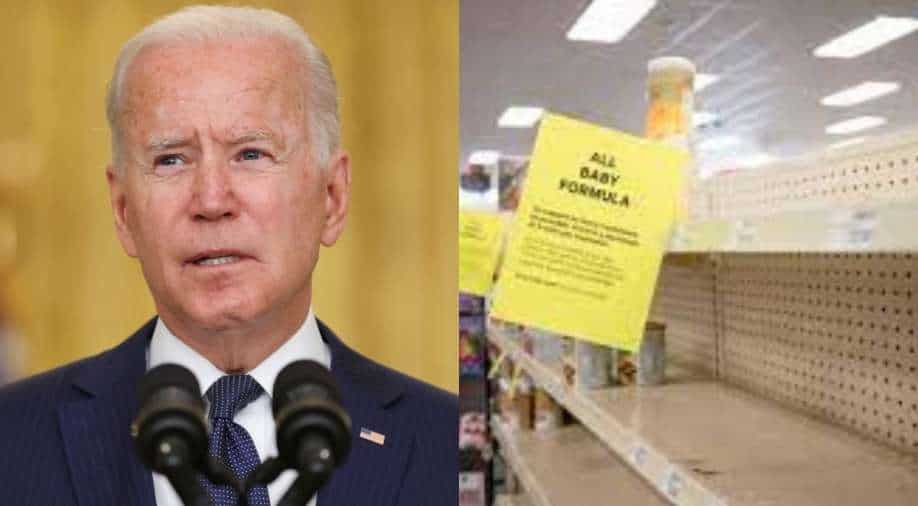 To speed up the production of infant formula and end acute shortage in US, President Joe Biden invoked the Defense Production Act on Wednesday. Not just this, the president has also authorised flights to import supply from overseas. The domestic shortage has been caused by the safety-related closure of the country's largest formula manufacturing plant. The issue has become so severe that it has also started to mount political pressure over the president.

In a video statement, which was released by the White House, Biden said, "I know parents across the country are worried about finding enough formula to feed their babies. As a parent and as a grandparent, I know just how stressful that is."

Calling it one of the top priorities, Biden, in the statement, said, "I've directed my team to do everything possible to ensure there's enough safe baby formula and that it is quickly reaching families that need it the most."

To get quality formula supplies from overseas, Biden has also authorised the Defence Department to use commercial aircraft. The White House is calling it 'Operation Fly Formula’.