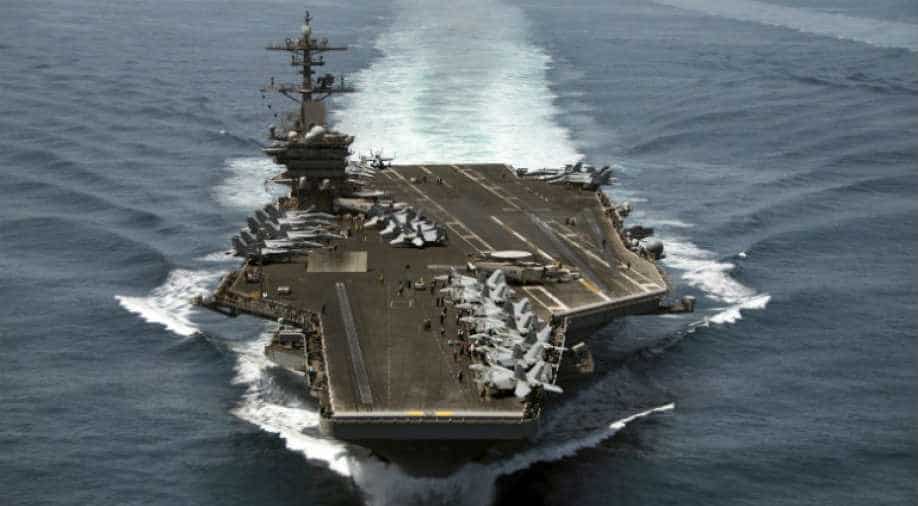 Three United States aircraft carriers are set to perform rare drills starting Saturday in the Western Pacific, in the midst of the North Korean crisis, and coinciding with the Asia tour of the American president, the US Navy said Thursday.

The nuclear powered USS Ronald Reagan, USS Nimitz and USS Theodore Roosevelt will conduct the drills to show the US Navy's unique capability to operate multi-carrier strike groups, according to the Seventh Fleet in a statement released from its headquarters on the Japanese base of Yokosuka.

During the drill, the first of its kind in a decade, the warships will carry out air strike and defense simulations, maritime surveillance, sea supply, coordinated fenced maneuvers and other training, added the Navy.

It is the first time that three aircraft carriers are conducting drills together in the western Pacific since the Valiant Shield exercises in 2006 and 2007 off the coast of the island of Guam.

The drills, rare due to the complexity of the ships' action coordination, will last until Nov. 14.

A spokesperson for the South Korean Ministry of Defense told EFE in Seoul that the three US aircraft carriers will also carry out maneuvers with the South Korean Navy, closer to North Korean territory, in the Sea of Japan – alternatively called the East Sea in the two Koreas.

The spokesperson could only specify that this second drill will be held on future dates, since most of the details of these joint exercises have not yet finalized.

The drills on Saturday will begin during the final leg of Trump's five-nation Asia tour amid mounting tension with North Korea in the wake of Pyongyang's nuclear and missile programs development.

The drill is seen as a show of strength in the face of the challenge posed by Pyongyang's repeated weapons tests.

These weapons tests, along with Trump's belligerent rhetoric, have escalated tensions to unprecedented levels since the end of the Korean War (1950-1953).