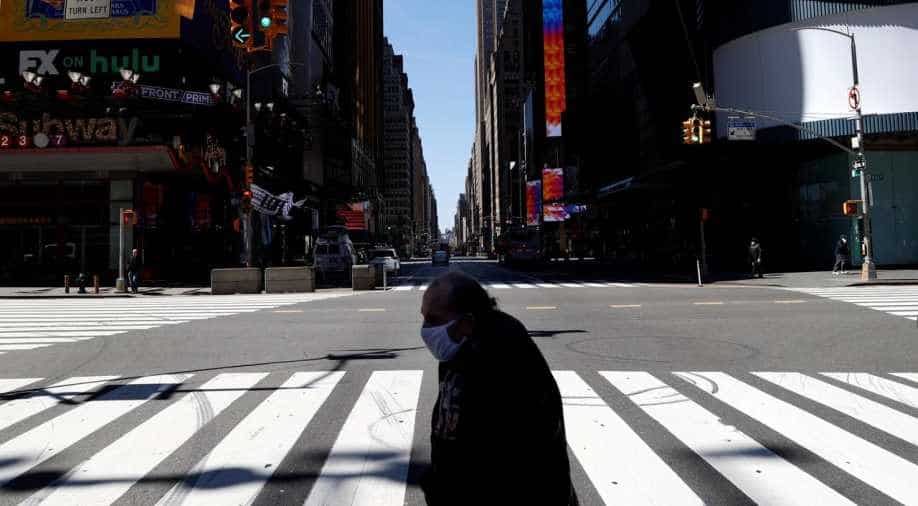 Governor Andrew Cuomo had, on Friday, disclosed the death of a 5-year old linked to the coronavirus and a syndrome that shares symptoms with toxic shock and Kawasaki disease, which was the first known fatality tied to the rare illness in New York. He did not, however, give information about where the two other children died.

Three children in New York have died from a rare inflammatory syndrome believed to be linked to the novel coronavirus, Governor Andrew Cuomo told a daily briefing on Saturday.

Cuomo had, on Friday, disclosed the death of a 5-year old linked to the coronavirus and a syndrome that shares symptoms with toxic shock and Kawasaki disease, which was the first known fatality tied to the rare illness in New York. He did not, however, give information about where the two other children died.

The New York State Department of Health is investigating several cases of the severe illness in children and child deaths that may be linked to the serious inflammatory disease called 'Pediatric Multi-System Inflammatory Syndrome Associated with COVID-19'.
There have been 73 reported cases in New York where children are experiencing symptoms similar to Kawasaki disease and toxic shock-like syndrome possibly due to COVID-19.

As of now, there is no proof that the novel coronavirus causes the syndrome.

The children, it's said, had tested positive for COVID-19 or the antibodies but did not show the common symptoms of the virus when they were hospitalised.

"The priority for us today is dealing with a new issue that has come up, which is truly disturbing. And that is the issue on how the coronavirus may affect young people, very young people, infants, children in elementary school. We had thought initially -- and again so many of what the initial information we had turned out not to be correct or turned out to be modified," Cuomo said at his daily briefing.

He added, "But we were labouring under the impression that young people were not affected by COVID-19. And that was actually good news, right? The vulnerable population was older people -- people with co-morbidities. But one of the few rays of good news was young people weren't affected. We're not so sure that that is the fact anymore. Toddlers, elementary school children are presenting symptoms similar to Kawasaki disease or toxic shock-like syndrome."

At least 3,000 children in the United States are diagnosed with Kawasaki disease each year. It is most common in children younger than six and in boys.

Kawasaki disease primarily affects children up to the age of five and causes the walls of arteries to become inflamed, resulting in fever, skin peeling and joint pain. Other symptoms include diarrhea or vomiting, breathing trouble, a paling of skin colour, chest pain and lethargy.

Earlier this week, the New York City Health Department said 15 children aged 2-15 years had been hospitalised from April 17- May 1 with Kawasaki disease or features of toxic shock.

Of the 15 children, four had tested positive for COVID19. More than half of the reported patients required blood pressure support and five required mechanical ventilation.

The syndrome has received growing attention in recent weeks as cases began appearing in European countries hit hard by the coronavirus.

Meanwhile, the State Department of Health has issued an advisory about the serious inflammatory disease.

Parents have been advised to seek immediate care if a child has prolonged fever (more than five days), difficulty feeding (in infants) or is too sick to drink fluids, severe abdominal pain, diarrhea or vomiting, change in skin colour, trouble breathing, lethargy, irritability or confusion.