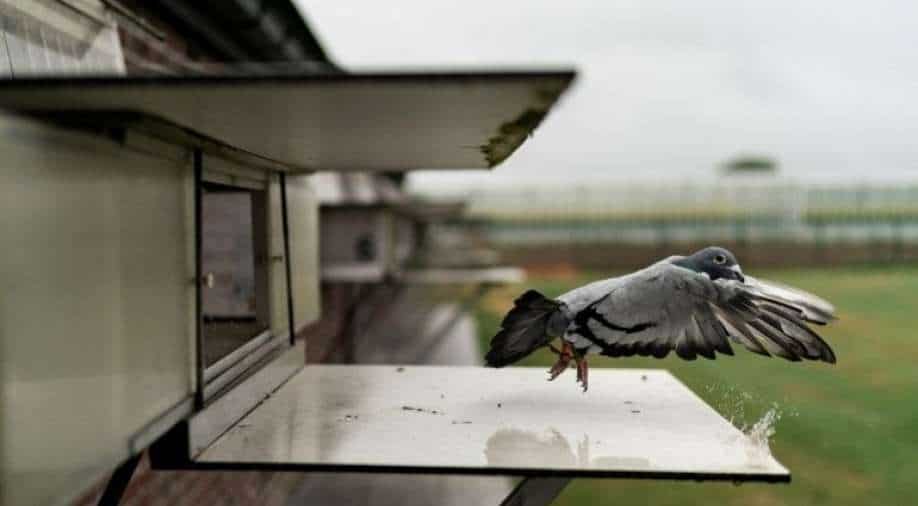 According to pigeon breeders, approximately 250,000 birds were released in total across Britain on the day and only a fraction returned

Thousands of racing pigeons have disappeared in the United Kingdom in a mysterious solar storm that swept them away.

While 1000 of them disappeared on a journey from Swindon to South Wales, another 10,000 went missing during a race in Peterborough on June 19.

According to pigeon breeders, approximately 250,000 birds were released in total across Britain on the day and only a fraction returned.

While some have begun slowly returning home, many are still missing and have been spotted as far away as Holland and Majorca.

Race controller for the South West Wales Federation of pigeon fanciers, Dene Simpson said ''We'd let ours go from Swindon at midday on the same Saturday - that's a 92-mile journey with the wind behind them, so it shouldn't have taken that long.''

''But, of the 1,400 that went out, only about 200 to 300 made it home. And when we looked on social media later on we saw that lots of other federations around the UK had experienced something similar,'' he added.

Simpson, who is in charge of checking the weather situation and deciding when and where the birds are released, said there were no warning signs that something odd was about to happen.

''The forecast had been overcast in the morning but with good visibility - by the afternoon there were clear blue skies back home in Swansea.''

In pigeon racing, the birds are released at a start point to then make their way home. The time it takes the pigeon to cover the specified distance is measured and the bird's rate of travel is calculated and compared with all of the other pigeons in the race to determine which one returned at the highest speed.